For the last few years, I have posted a review of my photographic year on Facebook. I pick a favourite image from each month. This year, it takes the form of a blog post. It’s really an exercise for myself to help me gauge how my year has progressed.
2014 has been challenging, as much of my time has been taken up with college and family life and I have shot less images than in previous years. However, I have still ended the year with over 7,000 images. These include an equal mix of commercial shoots and personal projects. There would have been more than that but many were deleted and if the truth be told, lots of the remaining 7000 photos should have ended up the the bin too.

My personal photographic journey continues to diversify as I move sideways from landscape, to include more people in my pictures. This year seven of the images feature a person in them. I had resolved to do this at the beginning of the year. Black and white still remains a favourite, accounting for four out of the twelve months. The landscape is still there and features in four of the photos. And for the first time, one image is shot on my phone.

In the last quarter of 2014, I have found myself thinking about combining the landscape with people or as I call it, trying to bring the outside in. I have also enjoyed collaborating with others to create images with an other-worldly feel to them. I find these projects great fun and very challenging. There’s lots to do, from creating the initial vision, nailing the technical side and the logistics of actually making someone fly! I’m certainly hoping to continue to do more of these in 2015.

As always, many projects remain unrealised, languishing on the pages of my sketchbook waiting for all the right people and opportunities to present themselves … or for me to stop procrastinating! 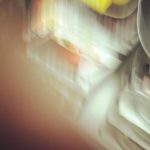 January was a very barren month for photography – it usually is for me. Although I have saved 173 images, this one from my phone is my pick of the month. Now, I don’t think mobile phones are going to replace Dslr cameras anytime soon, especially for commercial work but they cannot be ignored. I snap lots of stuff  with my phone. I love the immediacy of it and the ability to share it with your friends. Despite having an 8 mega-pixel camera on my phone, the quality cannot compare to my Nikon D800. But mobile phone cameras are a great way to capture the moment and I’m sure I’ll continue to use mine throughout 2015.
If you’re on Instagram, you can find me at http://instagram.com/john__mee/ 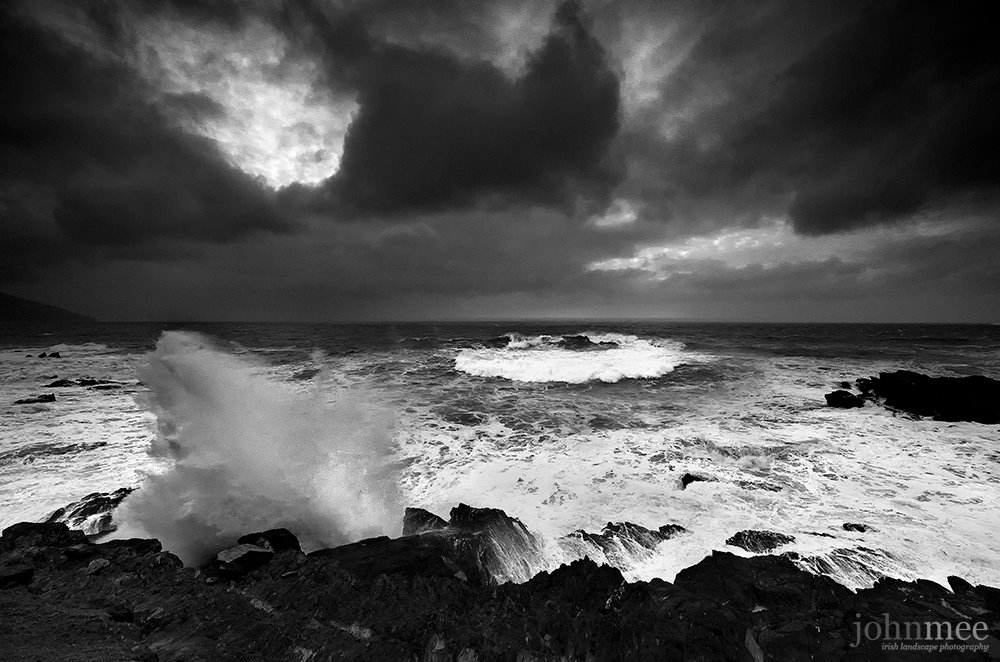 This shot called Beyond the Sea was one of 658 images shot this month. To be honest, nearly 300 of those shots were taken on one outing – the outing lasted over 12 hours and covered quite a bit of the Mayo coastline. The ocean off Achill Island is pretty and dramatic and was just begging to be shot. I was inspired to actually write a poem that day. You can see it here on my Facebook page. Be sure to hit the “Like” button while you’re there. 🙂 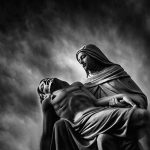 In a vain attempt to make up for the lack of photographic mojo, March saw me produce a ridiculous amount of images – 972! There were a few “keepers” but what I enjoyed most was a mini project called Silent Visitors. I wanted to show some of the religious statues that can be found in the various cemeteries around my area. You can see the rest of the series here. 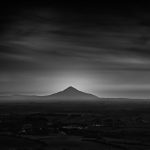 April heralded a much more acceptable shutter count. A total of 232 images make up this month. I shot a mixture of street, portrait and landscape. My personal favourite is The Glowing Soul. It’s a square format photo – a crop that I’ve been experimenting with on and off and one that I like quite a bit. I’ve written a short piece about it here. It’s a photo of Croagh Patrick near Westport. It was shot from about 20 miles away, in the evening as the sun set behind. 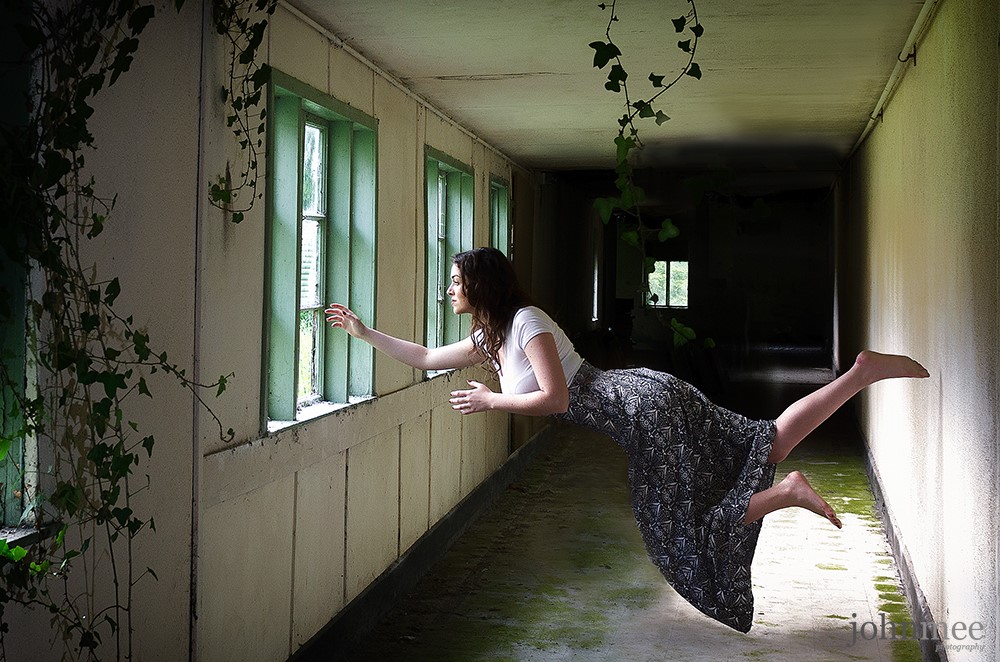 May was another busy month with me shooting a total of 670 images. Again, nearly 300 were shot in one day. Elida and myself collaborated on another project. We wanted do a flying/falling type of image. We had made a similar image before and they’re always good fun to do. We ended up getting quite a few keepers from that shoot. This one performed quite well in a few competitions. 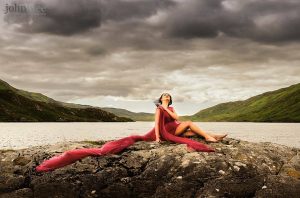 June comes around and I end up on another photoshoot with Elida. We shot this down at Doolough. Again, this was an attempt to mix the landscape and people. There’s a little fantasy/conceptual thing going on here too.
Incidentally, I have an idea for a photoshoot in this location. It will involve a female model (maybe two) and water, so it’s a summer shoot. ??? 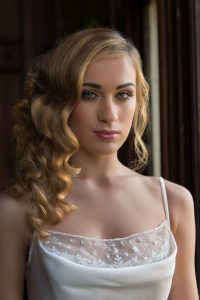 In July, a friend and I attended an off camera workshop. While many of the shots were set up by the tutor, I feel that I learned a lot about light on the day. One thing I have discovered is the importance of a good MUA and hair stylist.

August
In August, we visited the lovely city of Liverpool. It was a perfect place to practice some street photography. I got loads of shots around town. Actually, during 2014 I shot more street images than in any other year. 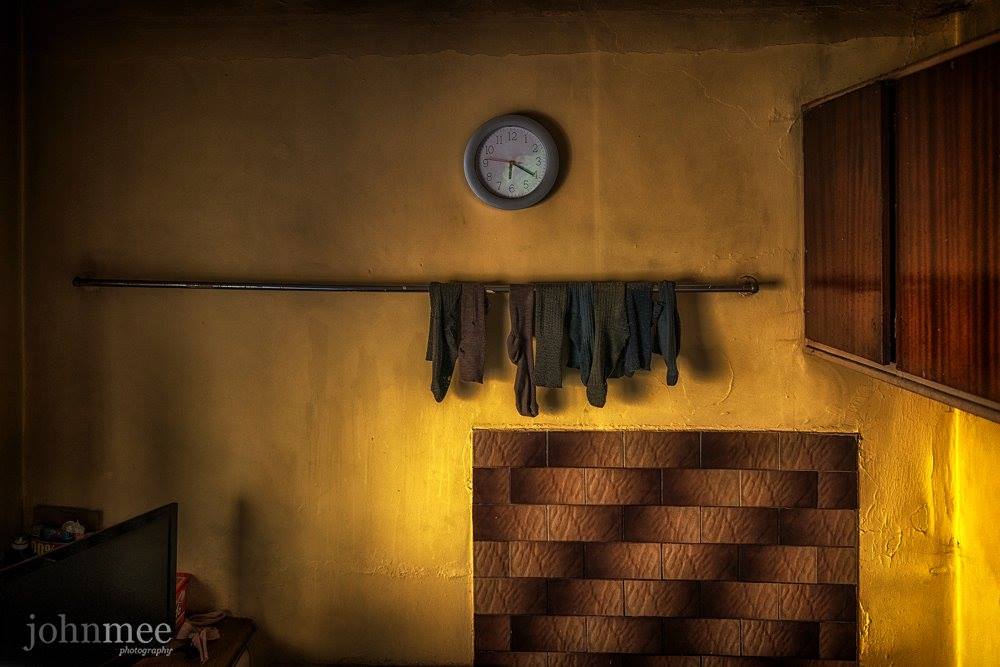 Sometimes a scene just presents itself. I had visited this house on many occasions and this scene always drew my attention. This is a scene that used to exist in “old” Ireland and one you won’t encounter many times nowadays. 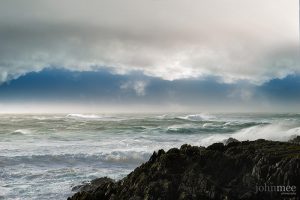 In October, a few of us drove down to Achill island to spend the day shooting the sea. The weather was mixed – the best type of weather for photography! However, all that paid off and we returned home with many keepers. But then, disaster struck – I had a problem with my Mac and I lost all the shots from that day out – except this one, which I had uploaded to my website before the technical issues! The important thing to learn from this experience is to always back up! 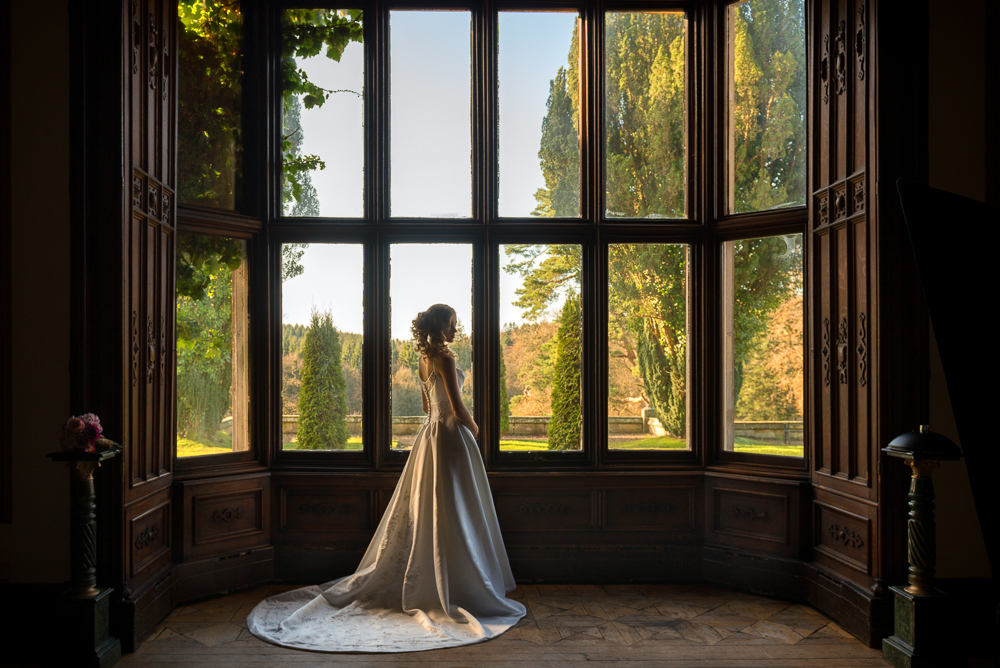 Although I shot lots of product and portrait imagery during this month, the highlight was an off camera workshop that I attended. More on that here. While I learned lots about off camera flash and got many great shots, my favourite is actually a natural light image. This is Aimee looking out the window while she is waiting for the scene to be set up. Again, I tried to bring the outside landscape into the shot. 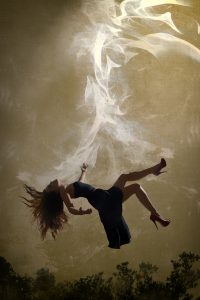 December was another month where I shot a variety of styles. Again, my favourite is from a collaborative effort. Maria, Andrea, Nick and myself visited an old house for some shots. Maria came to shoot fashion and brought an armful of fabulous outfits. Andrea is an MUA and her skills really worked magic on the day. Unfortunately, our allotted time of 3/4 hours just wasn’t enough to fit everything in. However, we came away with a set of photos that should keep all of us happy until the next outing. The above shot is a half fashion, half fantasy and is probably my favourite from the day.

So, that was my photographic year. I am hoping that in 2015 I will find a little more of the style that I like, and manage to nail down a few more signature shots. Oh yea, I hope to earn a little more money from it too! 🙂
As always, feel free to share or comment and thanks for reading this far.