Anatomy of a Picture I

Sometimes, I am asked whether I “doctor” my images or use Photoshop. There is a general misconception among the public that all photography nowadays is “created” in Photoshop. Photography masters like Ansel Adams spent lots of time and effort manipulating images through various darkroom processes. Adams once said, “You don’t take a photograph, you make it”. And for many photographers, the same is true today.

Cameras are far from perfect for capturing the light, contrast and depth we perceive with our eyes. However, no amount of “doctoring” in Photoshop can ever fix bad composition, an out of focus image or create light where there was none. No amount of post processing can fix the nine rejects out of every ten photos that I shoot. Most photographers today do use some amount of digital processing to enhance or optimize their images. Because I shoot in RAW (a file format that preserves every single detail captured by the camera) my images actually require processing before they can be viewed or printed.

What many people don’t realise is that all cameras start with raw data and convert this data to JPG images with software inside the camera. The camera will then discard this raw data since it’s no longer needed. So a certain amount of processing or “doctoring” occurs in all cameras.

I optimise my images in an attempt to convey what my vision was when I first viewed the scene. I employ various techniques including the use of various filters, long exposures and creativity to capture the image in camera. Some of that creativity does include Photoshop or “doctoring” if you prefer!

The amount of work I do in post processing depends on the image and my original vision. Sometimes, there a little, sometimes a lot and sometimes there is none at all.

Over the next few months, I will be sharing some of my editing techniques on this blog. If you have any questions or opinions about them, do let me know in the comments section.

Let’s start at this photo. I shot it at Silver Strand beach in Mayo back in May, 2014.

The original unedited raw file straight from the camera.

Above is the original unedited raw file that came straight from the camera. It’s reasonably well exposed with detail throughout the scene. The person is placed according to the rule of thirds. There are some nice clouds in the sky and a little reflection in the water. However, you will notice that it is a little flat and dull – this is typical of unprocessed raw files.

It’s easy to clean up footprints, seaweed or litter from your photos.

Wherever you take photographs, there will nearly always be evidence of humans in the shot. In urban shots, it will be litter and on the beach, it will be footprints. I like my images clean so I will spend some time cleaning things up. I normally use the Spot Healing Brush tool and the Clone Stamp tool to do this. In image 2, I have cleaned up footprints from the sand and some seaweed from the ocean.

Use the Dodge and Burn tools to add some detail and contrast to the sky.

I’m a big fan of interesting skies and we have no shortage of them in the west of Ireland. However, they can be enhanced to add some drama to your shot. I darkened the blues and added some contrast to the clouds. The Dodge and Burn tools in Photoshop were used to do this. It’s easy to get carried away when editing so it’s important to occasionally stop and take a step back. Add just enough detail and contrast to make the skies interesting, but not too much, so you don’t overpower the main focal point of the scene.

I added a little more contrast and detail to the sky, mountain and hills.

In this particular image, I thought that the sky needed even more of a lift. So, I added extra contrast and detail using the same tools as before. A little detail was also added to the mountain and hills in the background.

Now that the sky had been edited to my liking, I wanted to show off the beach a little more. So, using Color Efex Pro, I added a warm filter to the image. However, I brushed it onto the beach only. I also added a Levels Adjustment Layer to lighten all the mid-tones in the image. Then I used the Eraser tool so only the person was affected by this layer.

At this stage, I was happy with this result and decided to “park” the image for a while. I came back and viewed it a day or two later to see if the edits worked. Sometimes, it’s best to leave an image for a while so you can ’emotionally” separate yourself from it.

I don’t believe that this image has been altered much from the original. In future updates, I will show how the finished image can be vastly different from the original image. However, the final image will nearly always reflect the photographers initial vision.

Let me know your thoughts on editing, Photoshop and your own techniques in the comments. Thanks for reading this far. 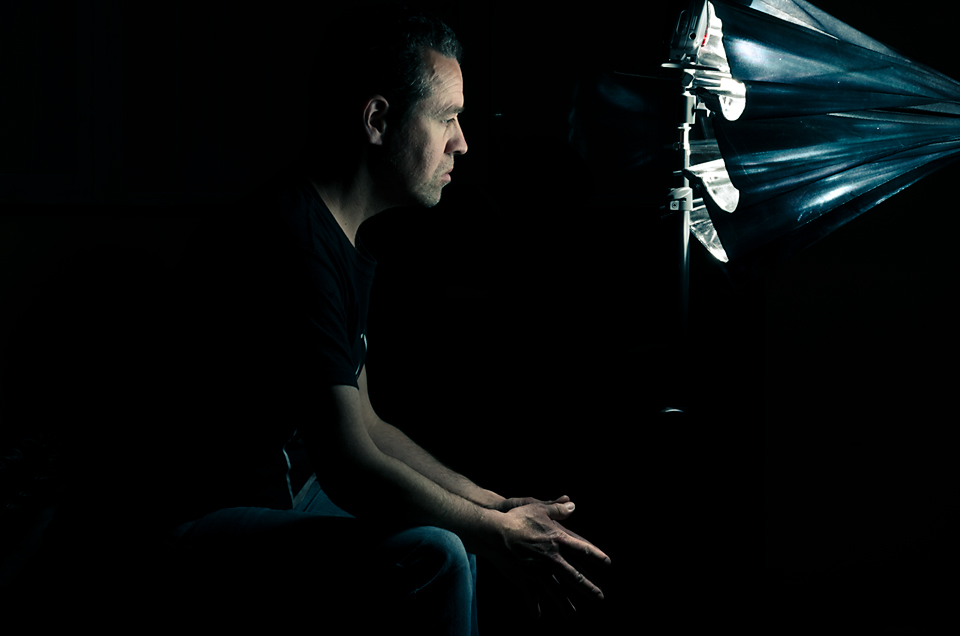