Creative Shoot at the Coast

Myself, Stephanie and Nick had organized to go for a photoshoot at the coast. As usual, the initial plan was to pick a theme, gather a few props, pray for nice light and take some cool pictures.

However, we never did select a definite theme or get that many props. I did have a homemade magic wand kinda thingy that covered all who handled it in red dye before it got washed out into the Atlantic. And as for praying – well it turns out none of us roll that way … so consequently, the weather was pretty rubbish.
But Stephanie did have coffee and as you know, coffee makes everything better. 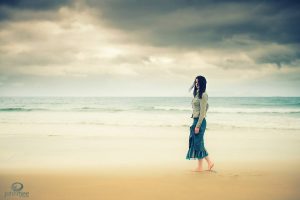 As I’ve said many times before, there is an onus on us as photographers to deal with whatever Mother Nature decides to give us on the night. In the west of Ireland, that’s often rain!

So one of the evenings last week, we drove to Silver Strand. This is a lovely, big open beach with lots of shooting locations. But as we arrived, it was obvious the weather was too bad. The rain was getting heavier by the minute. It was time to come up with plan B. Eh, plan B? 🙂

So we left, and after driving around in circles in the fabulously named Lost Valley, we arrived at Golden Strand, and then Cross beach before ending up back at an old favourite – Devlin beach.

By this time, we had managed to drive away from the worst of the weather and Devlin was beginning to look quite interesting. Although there was lots of heavy cloud moving in from the Atlantic, it was textured and the sort of cloud that I usually like to shoot.

Stephanie had brought along two outfits but the weather eventually dictated that one was all we were going to be able to use this evening. Fortunately, the incoming tide was fairly calm – it can get pretty rough here sometimes. It’s a lovely beach and with some forward planning, I reckon it could be good for future shoots. On top of that, we had the entire place to ourselves.

We started shooting down near the shoreline. The Godox AD360 strobe in a softbox would be of 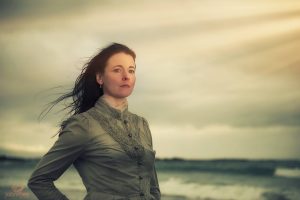 no use tonight because of the wind and rain – it isn’t waterproof and would have definitely blown over in the offshore breeze. So, we handheld a single off camera Speedlight to lighten the shadows and pop a little bit of light wherever we wanted.
I knew it would be the wonderful west of Ireland clouds and Stephanies acting skills that would make any pictures work.

When you shoot in raw, there is always scope for making the most of the pictures in post processing. You can see a little of my Lightroom workflow here. After some colour and compositional corrections, I applied a cross processing filter in the now free Color Efex Pro.

I’m quite happy with the results. For me, it was important to be able to get an acceptable image in the adverse weather conditions. It shows that not all beautiful light is found at sunrise and sunset only. Sometimes, beautiful light is all around us and we just have to make the most of what we are dealt.

But you also need to have an idea of what you’re going to shoot before you head out. I often use Pinterest to bounce some ideas around before I go on these creative photoshoots. 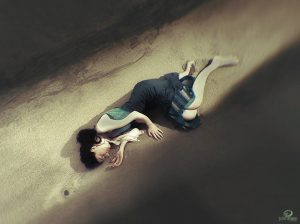 It’s vital too that we don’t let technology destroy any sense of creativity that we have. It’s easy to rely on our equipment to take a technically good photograph nowadays. In fact, I can show you this on my workshops.

But we also need to nourish that spark inside all of us who have ever lifted a camera to our eye to capture a scene we first saw in our head. This is one aspect that I try to encourage when giving tuition.

If you have any ideas that you’d like to work on, feel free to contact me. I’m always open to this kind of creative collaboration. Thanks for reading this far and feel free to share or comment. 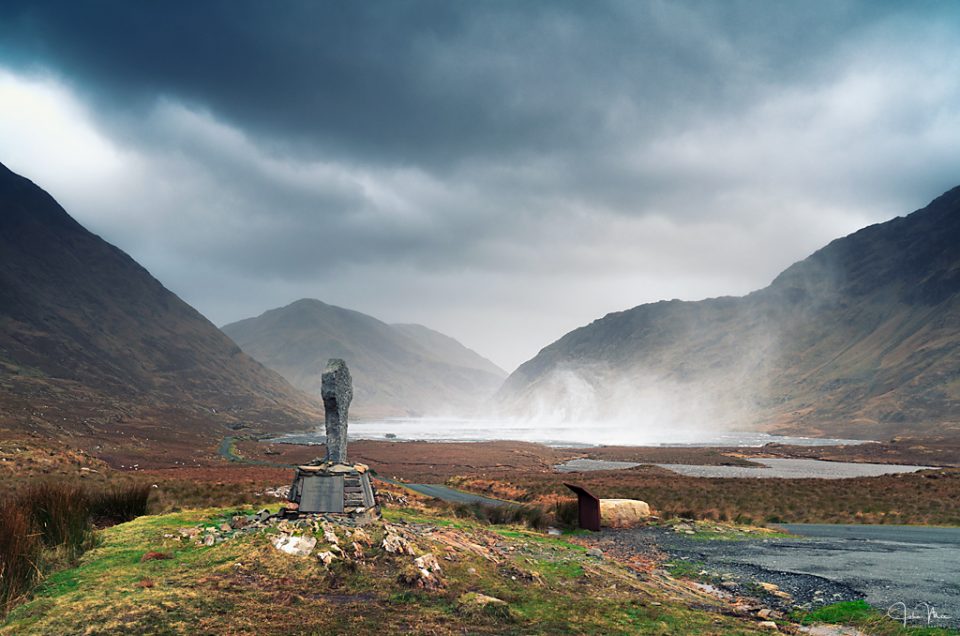 Running with the weather