Earlier this year, I posted about my first experience with the Holga 120N- an iconic “toy” camera, characterised by its unique image quality and minimal controls. I had just acquired it and was looking forward to taking some snaps. Now, five months later this is the second installment. 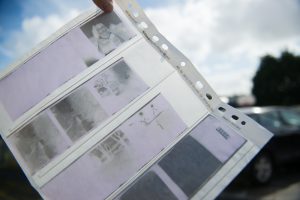 Two rolls of 120 film have been exposed and developed. Each roll contains 12 square format photos. However on the first roll, only 9 photos have been produced while the second yields 11.
This is my own fault of course. I wound on the film too far for the first roll and other times, I just forgot if I had exposed the frame or not. I’ll be more careful the next time.

I have shot square photos before using my Nikon D800 and it’s a format that I have come to love. They have proved quite popular on my shop too.

With the Holga, my exposure wasn’t always correct. This was because I was thinking “digitally” and expecting the camera to help me along. I need to slow down with this medium and really think about my settings. The Holga camera doesn’t help the user – it’s just you, and the scene before your eyes.

I got the film developed in John Gunn Cameras in Dublin and the turnaround was really quick. It was very reasonably priced too. The 2 rolls cost €9 to develop with €3 postage. 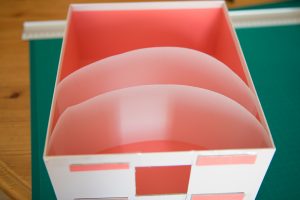 So now I had my film but needed to get the photos onto the computer and printed out. I could have bought a scanner but a good one will cost you a lot, so I set about researching an alternative. This is the lightbox DIY film scanner I used.

I got an old shoebox (your wife/partner will have loads of them!) some tape, a sharp knife, tracing paper and a flashgun. 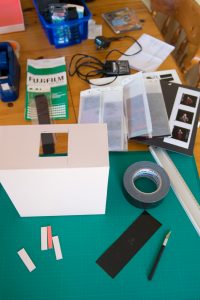 First I cut out a square from the box – just enough to fit your film frame. I then used the leftover pieces of card to make some guides for the filmstrip and simply taped them in place.

I cut a hole in the lid to insert the flashgun and then stuck 2 pieces of tracing paper on the inside. This was to diffuse the light from the flash.

Using the Nikon 24-70mm F2.8, set to F8 (the sweet spot) I focused manually using live view. A remote trigger will help to ensure your shots are steady. The shutter speed was between 1/125 to 1/160 of a second and I varied the power on the flash between 1/16 and 1/1. These settings were determined by how much the frame was underexposed or overexposed.
I’m hopeful that I can greatly improve this in future.

In Adobe Lightroom I inverted the colours. To do this, go to the Tone Curve and drag the right handle down to the bottom right. Then drag the left handle up to the top left. 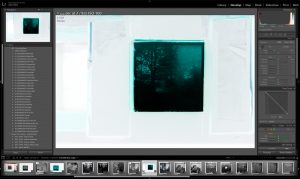 I then converted the photo to black and white. Play with the sliders to get the look you want. Remember that the sliders will also be inverted. Dragging the exposure slider down will actually brighten the image.
I noticed that there was less scope for editing than there would be with a digital raw file. The cutout I had made in the box left an uneven border around the photos but I left it there as I liked it.

So what have I learned from these 2 rolls of film?

I now know that I need to slow down. Every scene needs to be evaluated. Composition, aperture, and exposures need to be figured out before the camera is raised to your eye. Focusing is manual, so take the time to get it right. Your frame count is limited so make every shot count.

Embrace the light leaks, the softness, the vignette, the unpredictability and especially the 12 times that you will squeeze down on that shutter lever. 12 times. Let’s all say that again – 12 times! 🙂 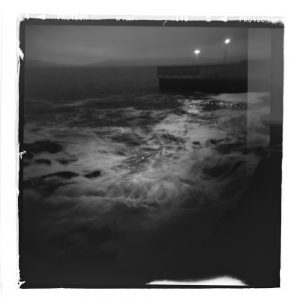 Over the next few months, I will be keeping The Holga Diary updated. Eventually, we may even take some nice photos. I already feel l have learned something from this technology and hope that I can carry this through to my digital workflow.
These first two rolls have been very enjoyable and quite different to my usual way of working. I have even started using my Nikon FE film camera again so expect to see more of this format over the next few months.

Feel free to offer any advice or stories about shooting with film in the comments below.
Thanks all.