I’m a member of a Facebook group called Lensbaby Blog Circle. The idea is that we all write a blog post once every month that documents a day or project shooting with a Lensbaby lens. This is my second month. You can read the entry for January here. 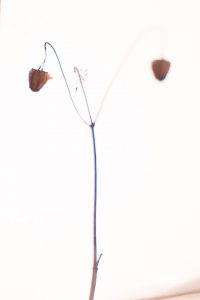 So, another month has rolled by – and so quick too. The Lensbaby deadline is looming large and it had almost slipped my mind until Janet posted a reminder on the blog circle Facebook page.

A few short weeks ago, my plans for the second instalment of this series had been well advanced. But plans are all well and good – it is the doing and completing that matters. With a day or two left to get some pics and words together, my initial plan will have to be carried over to next month and instead a hastily organised photoshoot would have to suffice for February.

However, as I’ve often noticed before – sometimes with the pressure of an impending deadline, impromptu shoots often produce surprising results.

I stopping off at a garage to get some diesel for the car during the week and while I was filling up, I noticed some autumnal looking, withered flowers in the raised bed beside me. Arched, spindly arms suspended the empty shells that previously burst with seeds – 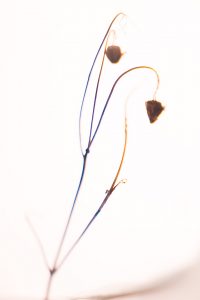 seeds that no doubt got carried away on the breeze to start a new life elsewhere. Jeez – that’s pretty and poetic there! 🙂

I rescued a few of these skeletal structures and placed them in the boot of the car – hopeful that they would serve a photographic purpose at some time in the future. The boot of my car often plays host to various dead or dying bric-a-brac left by Mother Nature. On one occasion, a full binliner of autumnal leaves lay there all winter awaiting some awesome springtime photoshoot that never did actually materialise.

However, the recently added loot in the boot sprung to mind as soon as I saw Janets call for entries – today – February 27th  – 2 days from the deadline. 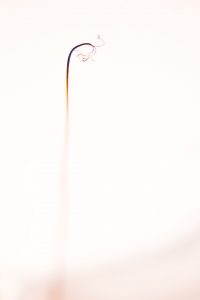 I used a cheap light tent that I bought on eBay a few years ago. It was placed on the kitchen worktop where the bright morning sun shone through to add a neutral background to my subjects. The twigs were kept upright using pliers – necessity is the mother of invention! 🙂

My only Lensbaby – the Edge 80 was used and most were shot at F2.8 with the Composer Pro II tilted to an extreme angle, either up, down, left or right. I love using this lens at these extremes as it allows me to select a very small depth of field or slice of the scene that I want to keep in relative focus.

Once I had selected the DOF and settings I wanted, it was only a matter of composing a pleasing shot after that. I like to keep things simple – simple shapes and simple colour. I exposed so that the background was clean and bright but not burned out.

Afterwards, in Adobe Lightroom, I corrected any exposure issues and pushed the Vibrance a little to bring out the colour you see in the images. Incidentally, the colour you see is mostly caused by chromatic aberration – which I would normally get rid of in post processing – but for this shoot, it would stay. 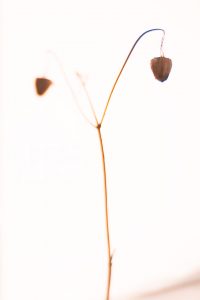 ended up with here. Once I had one of the photos edited to my satisfaction, it was only a matter of copying the settings on that over to the others. This ensures consistency throughout the series.

As always, the Lensbaby is a delight to use and you can get quite different results at every photoshoot. I doubt there is any subject that would not benefit from being shot with it. But I do look forward to using it for a portrait session, which is what I initially decided to do for my February blog but that will now have to wait for March.

Hopefully, I will not procrastinate but if I do, I know that a last minute project with the Edge 80 will very likely produce some more surprising results.