So, earlier this week, I had a One-to-One workshop. Gerry wanted to know more about taking long exposure images. I was glad to assist because it was quite a while since I took some long exposure photos too.

Gerry arrived with a Lee 6-stopper, a circular 10-stopper, and a set of Lee Neutral Density Grads – the .3, .6 and .9. I have the same filters too. We headed for Achill Island. The weather was clear with a little cloud rolling in from the ocean. Being an island, Achill offers plenty of water opportunities. And yes, we did get wet. We traveled to 3 or 4 different locations.

Our exposures ranged from a quarter of a second up to a few minutes. I think the very best shot of the day was got by Gerry late on in the evening – possibly the last shot of the day. I have yet to see the finalised version, but it did look really good on the LCD screen.

Usually, on the workshops, I show some of my “post-processing” workflow on the MacBook. I do this to explain to people how they can get the very best out of their raw file using a few simple edits. This is especially important with long exposure images. However, the evening and the light drew in and we didn’t get the chance to do any editing.

So, I’m going to rectify that with this quick post – especially for you Gerry. 🙂

At the end of the day, we arrived at Dugort beach. It’s been a while since I was here for a shoot so I was looking forward to seeing what we could get. It’s a nice big beach and as usual in the west of Ireland, we had it all to ourselves. The sun was setting behind Slievemore to our left and the outgoing tide had cut a large channel to the edge of the beach. Damn, I love this place – and it’s even better in “bad” weather.

Let’s break the long exposure process down in this series of photos. Obviously, we want to be on a tripod and preferably use a remote trigger. If you don’t have a trigger, use the timer function on your camera. You could use mirror lockup as well as try to stop the earth rotating if you wanted to be absolutely sure there would be no movement. But if you’re like me, then you’ll know, it’s a chore to take the tripod from the boot of the car. 🙂 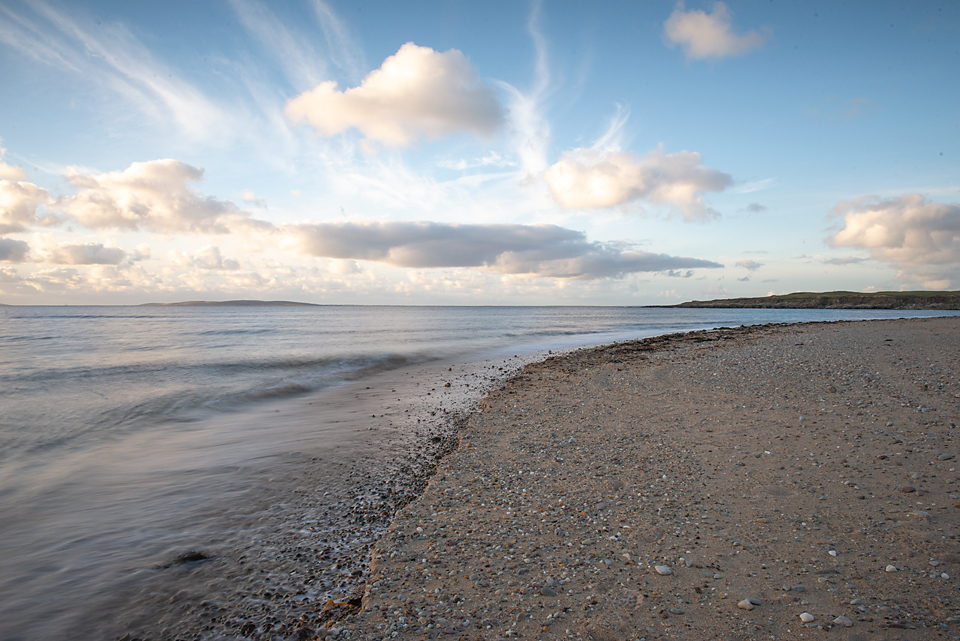 Photo 1: The curve provided a pleasing composition – especially suited to long exposure imagery. Simple and strong. This first exposure was to check that composition. Settings were not important at this time. The 6-stopper is on. Exposure was 1 second, F16, ISO 100. Mmm, composition seems alright. I’m interested to see what’s going to happen to those clouds in the next few pics.

You could be tempted to go wide at this time – maybe stick on the 15mm Tamron. But be aware that you’ll be left with a lot of “less interesting” stuff when you’re shooting at this focal length. I stuck to my 24mm for this shot. 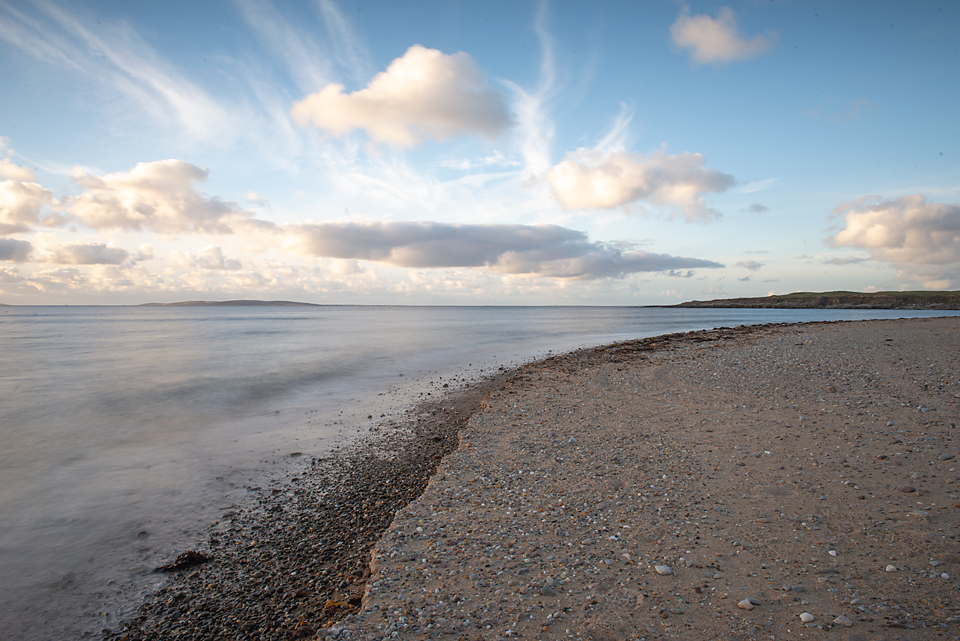 Photo 2: Exposure – 4 seconds, f16 and ISO 100. I have the Lee 6-stopper and a Lee .9 ND grad on the camera. The clouds are very similar to the 1-second exposure and obviously, the static ground will remain the same. But the water is beginning to look a little different now with less detail. We’re getting there. 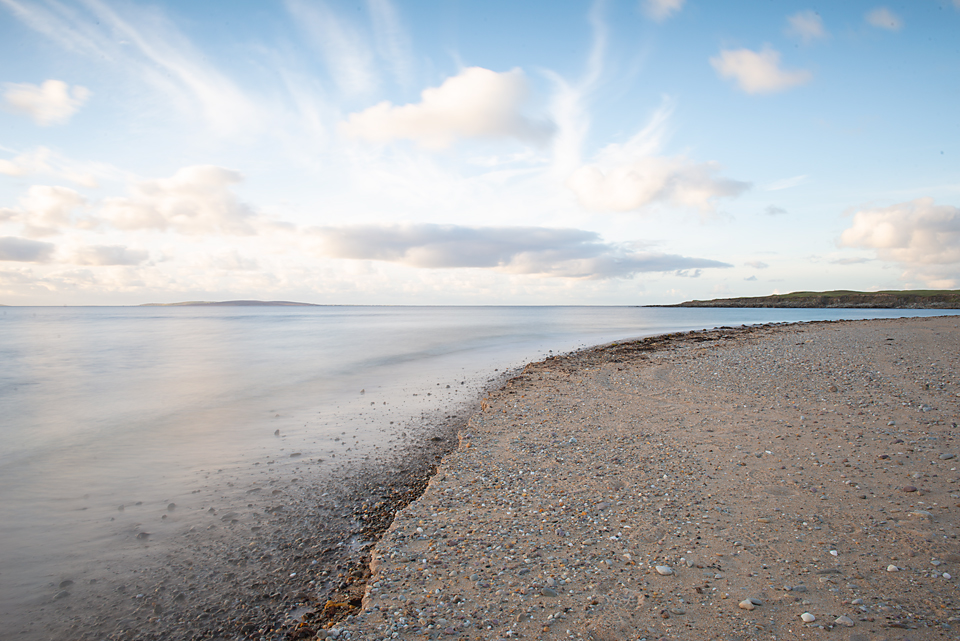 Photo 3: At 8 seconds, F16 and ISO 100, the photo is getting a bit brighter and we’re getting more “smoothness” in the water. There’s also a little more movement in the clouds. But you need to watch that sky from now on so that it doesn’t start to blow out. 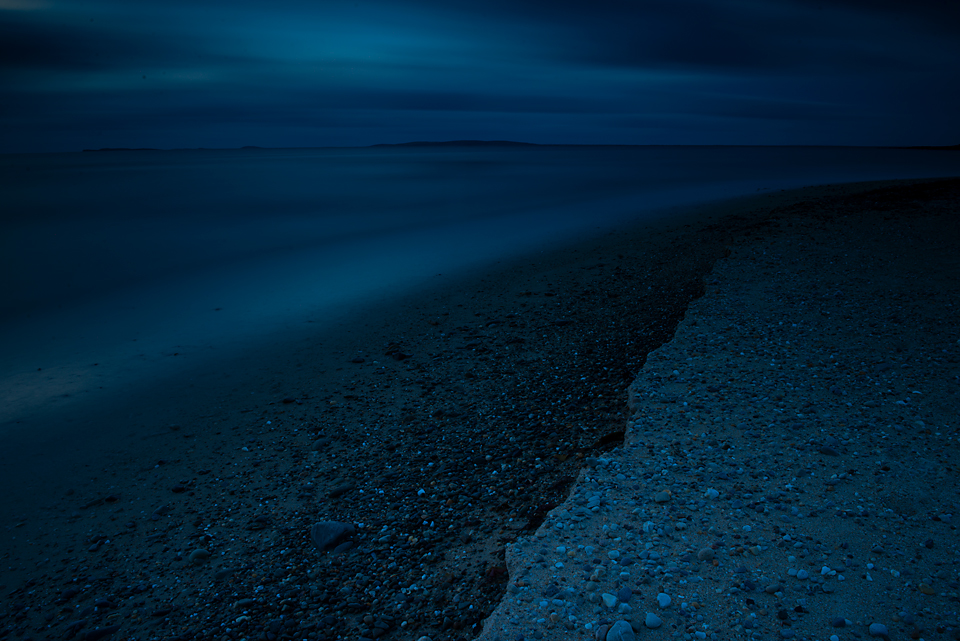 Photo 4: Time to change it up and start to really stretch out the exposure time. I decided to dispense with the Lee 6-stopper and put on the Lee 10-stopper, along with the Lee .9 ND Grad to control the sky. I also decided that this would be a very long exposure. This is over 9 minutes, F16, ISO 100 with the 10-stopper. This image is the unedited raw file. You’ll see there is a strong blue colour cast but it is easily fixed in post-processing. I just want to show you how much light this filter will hold back.

Edit: If I recall correctly, Gerry was now using my Lee 10-stopper and I had his 6-stopper stacked with my own 6-stopper – holding back 12 stops of light.

As the sun was setting, obviously light was disappearing fast … and that light will diminish over the length of your exposure. It may not look like that to our eyes but the camera doesn’t see like them – stupid camera. 🙂
This is one reason why I find the Lee 6-stopper a bit more versatile – it enables you to get a greater variety of exposure times, whereas the 10-stopper is best for exposures measured in minutes. Of course, because you are shooting in raw, you can recover a lot of detail but digital noise will become a major issue. 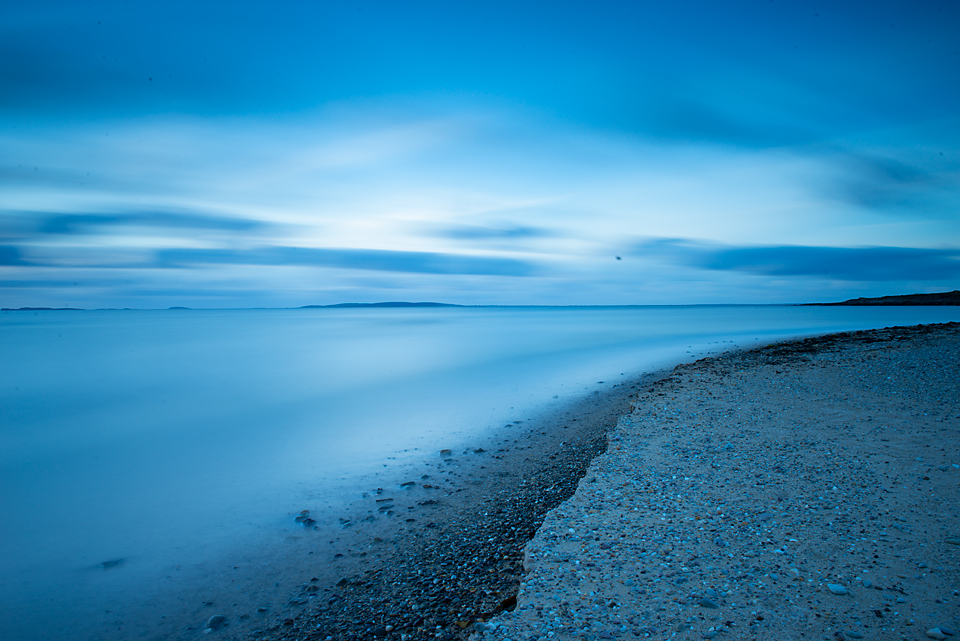 Photo 5: I brought the shutter speed back down because I knew there would be less noise, I’d get a brighter photo and I had an idea in my mind of what the final exposure would look like. If I recall correctly, this is still using the two Lee 6-stoppers (12 stops) and the Lee .9 ND Graduated Filter. The exposure time is just over 5 minutes (322 seconds) at f16 and ISO 100.

You’ll notice I didn’t change the ISO or aperture during this sequence of photos at all. I want to show how you can work your way to the photo you want in small steps, making one adjustment at a time. This is the unedited raw file – complete with dust spots – that will be an issue at F16 and these long exposure times.

Editing: Now, it’s time to edit the raw file. Opening it in Lightroom, the first thing I did was use the Spot Removal Tool to clean up the image. I find this tool to be just “ok” in Lightroom and think the same tool in Photoshop works better. Make sure you tick the “Visualize Spots” box on the bottom toolbar.

What else did I do? Straighten the image, if needed. White balance? In an image like this, I would select a custom white balance and warm it to your preference.
Go through your usual process – fix the blacks and whites using the “Alt” key, and sharpen the image, using the “alt” key too. I moved some of the sliders in the HSL tab until I liked what I saw and did the same in the “Calibration” tab at the bottom. As with any slider in Lightroom, don’t overdo it – unless you’ve just dropped some acid – then you can go mad with the sliders. :-0

The only other adjustment I made here was to brush a little red onto the sky. You can see the various brushes here and the setting I used for them. You can also see the colour I have brought out with the previous edits. A radial filter was used on the sand to warm it up. 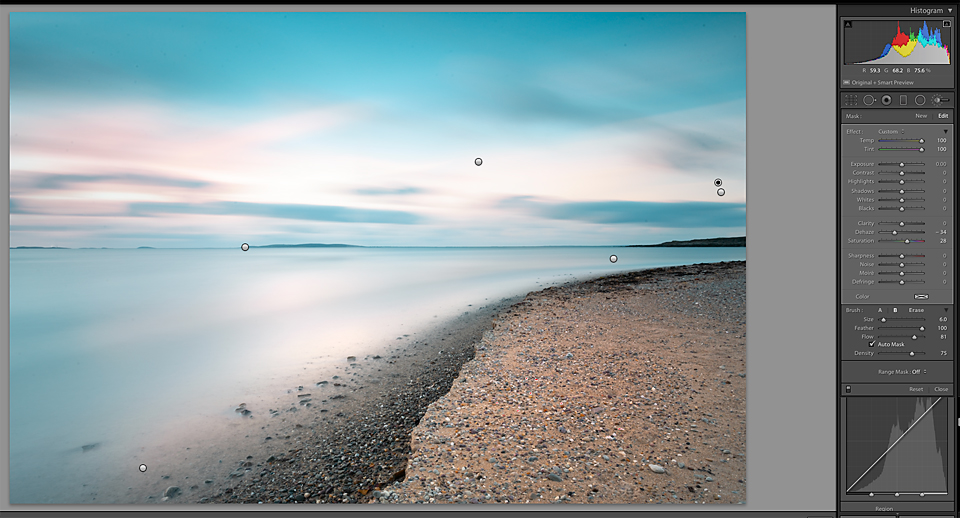 I then opened the file in Photoshop and used the following technique to get rid of any spots I may have missed. First, duplicate the layer and then add a Levels Adjustment Layer. Move the Midtone slider on the Levels Adjustment layer to the right to darken the image – this will also darken any dust spots that were previously invisible to the eye – see my thinking here? 😉

Grab the Spot Removal Tool and working on the duplicate layer (not the adjustment layer) dab out any and all spots that you see – there will be loads – I promise you. Work your way through the image, left to right, up and down while viewing at 100%. After you have finished, you can delete the Levels Adjustment Layer.

I then opened the image in Color Efex Pro and applied a favorite effect – the Cross Process LT04 filter – aka the secret sauce. And that’s about it. The whole post processing didn’t take long because I had the exposure I needed and I knew what the final image should look like. 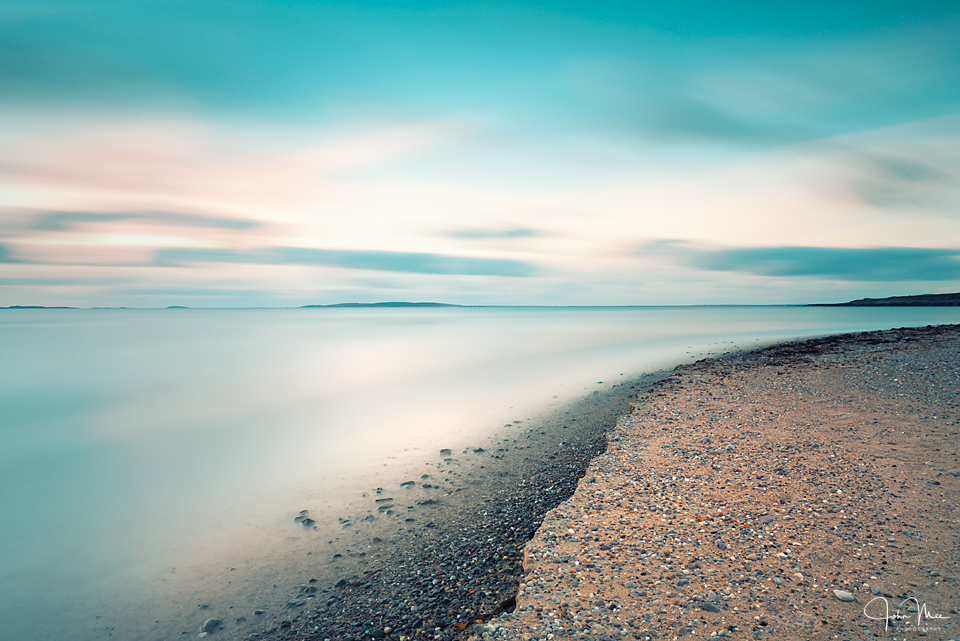 The Final Image: I run landscape workshops in the west of Ireland. If you’d like to bring your photography to another place and finally discover your own style, get in touch and we’ll tailor a day to suit you. As usual, feel free to comment or share. Thanks for reading this far.