I’m a member of a Facebook group called Lensbaby Blog Circle. The idea is that we all write a blog post once every month that documents a day or project shooting with a Lensbaby lens.

So what is a Lensbaby?

Well, it’s a lens that allows you to create extreme blur and out of focus areas in your photo. It can be tilted at different angles so that you can keep a small part of the scene in focus while blurring the rest of it. It’s also manual focus and takes a little getting used to but once you start using it, the Lensbaby can become quite addictive. My Lensbaby is the 80mm, F2.8 Edge 80.

There’s just short of 20 people in the blog circle and I will be featuring some of their posts here so feel free to read them too. Who knows – you may even be tempted to get a Lensbaby yourself. 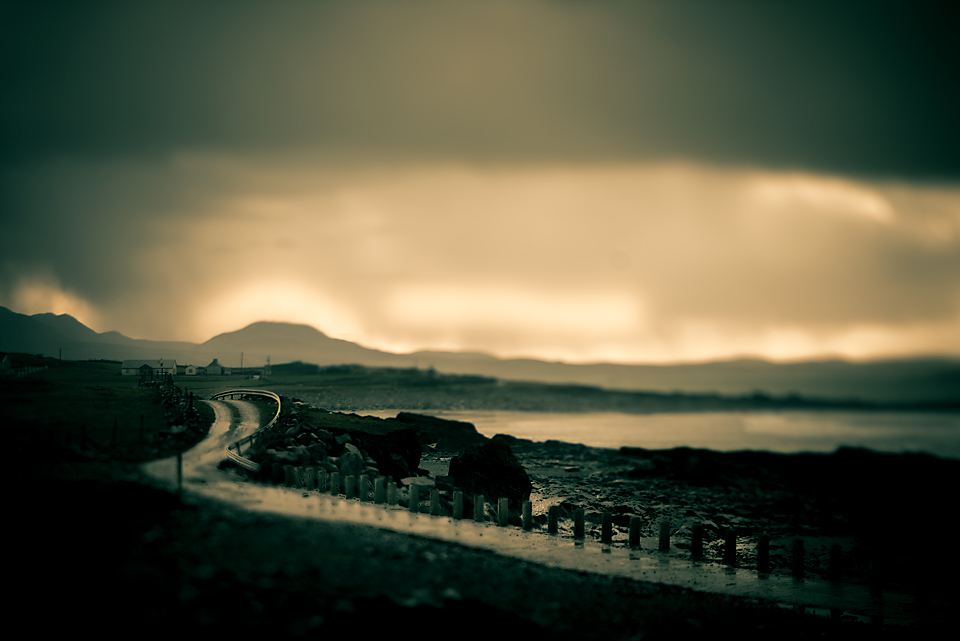 So last week I headed out with my camera and the Lensbaby. The day was cold and showery with some nice sunshine in between. I drove towards the coast but had no specific location in mind.
An hour later, I found myself in a familiar place – a place I have shot at many times before. A place with an old abandoned house. A house that was literally a stones throw from the Atlantic ocean. I had passed by here many times on my way to shoot the ocean but never actually stopped to investigate it. This time I did stop. 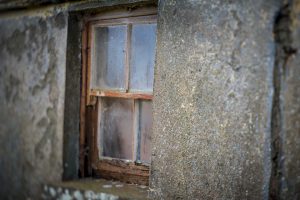 From the outside, it looks like a lot of abandoned houses dotted along the west coast – cold, bleak, remote, in a beautiful location and probably being used to house farm animals or farming machinery. Except this house wasn’t yet being used for that.

While some of the windows were boarded up, there were one or two that allowed a view of the inside – a view into another world and another time. On peering through the window into the living room, I was greeted by a beautiful palette of colours. How could it be like this – in such a desolate, weather-ravaged place?

Because of the limited field of view with the Lensbaby Edge 80, it was impossible to get a proper shot of the entire interior, so I have included the photo below taken with a wide angle lens to give you an idea of what it looked like. All of the other photos in this article were taken with the Lensbaby.
You can see there’s a lot of the stuff in the fireplace. I think it’s called Bull Kelp. It would have been washed ashore by the wild Atlantic winds and blown down the chimney into the fireplace. 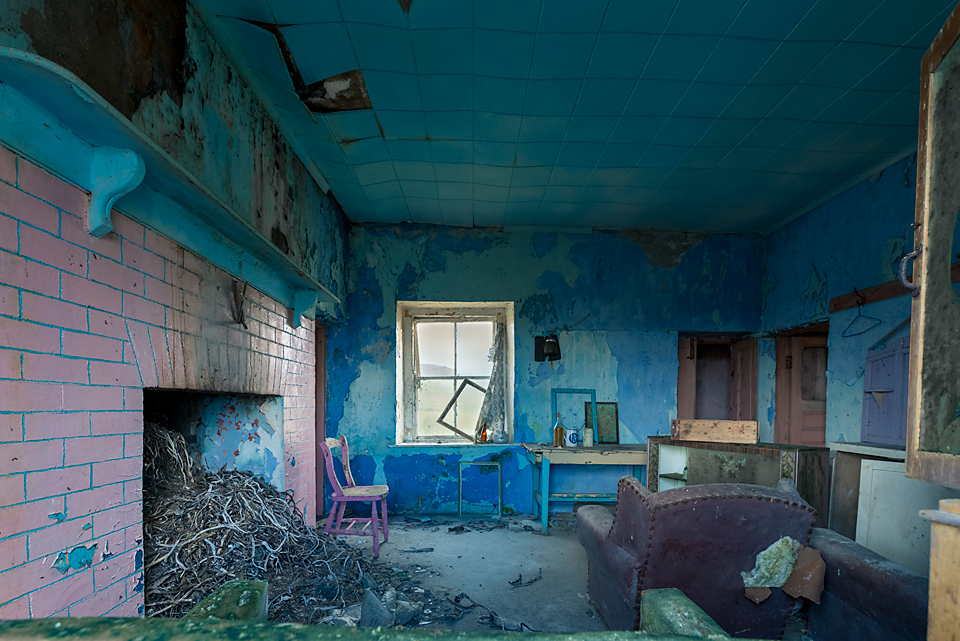 The house looked like it was abandoned suddenly with common household objects left where they lay. A clothes hanger on a hook where the owner would have hung their coat after coming in from outside. A favourite comfy armchair. A table with kitchen crockery on it. A teapot. Curtains. Picture frames. Unidentified bric-a-brac. All the trappings of domesticity. And of course, a window  -with magnificent views across to the mountains of Delphi and Doolough. 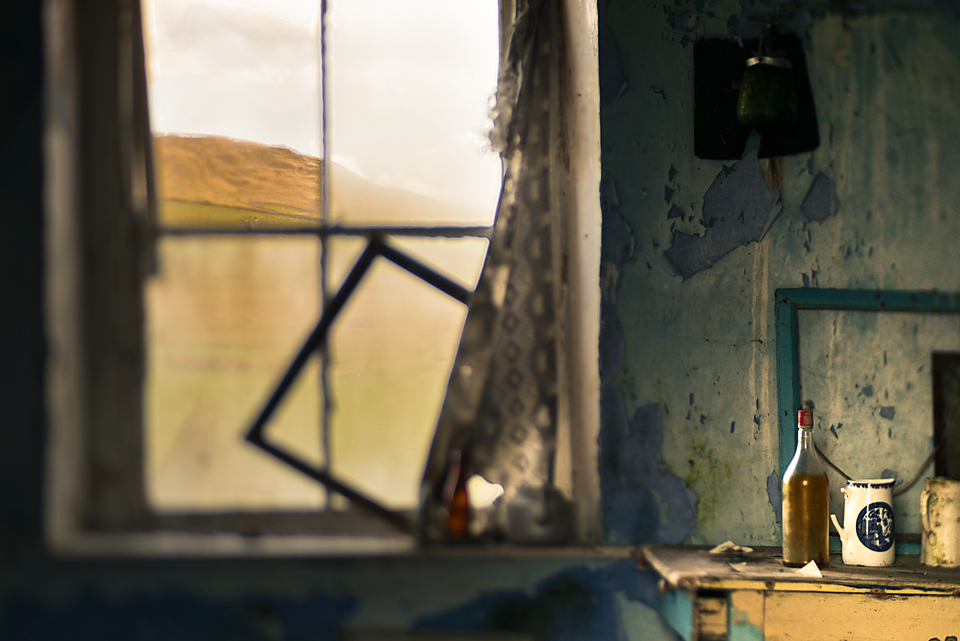 The Lensbaby can be used as a regular 80mm prime and will produce some fantastic images. However, in this shot, you can see the creative blur that the Edge 80 is known for. It’s a tricky lens to shoot with and because it’s fully manual, you can very easily miss the focus point. But when you get it right, you can draw the viewers attention to wherever you want. You can also control the amount of blur or out of focus areas by using the tilt feature. Click on any of the images to see them bigger.

Creating extreme blur, I can draw attention to the chair. The front door was partly boarded up so you couldn’t get in that way. I could have easily climbed in through one of the broken windows, but didn’t … this time! 🙂 There’s an issue of access rights here.
None of the colours in these images are enhanced – that is the way they were. 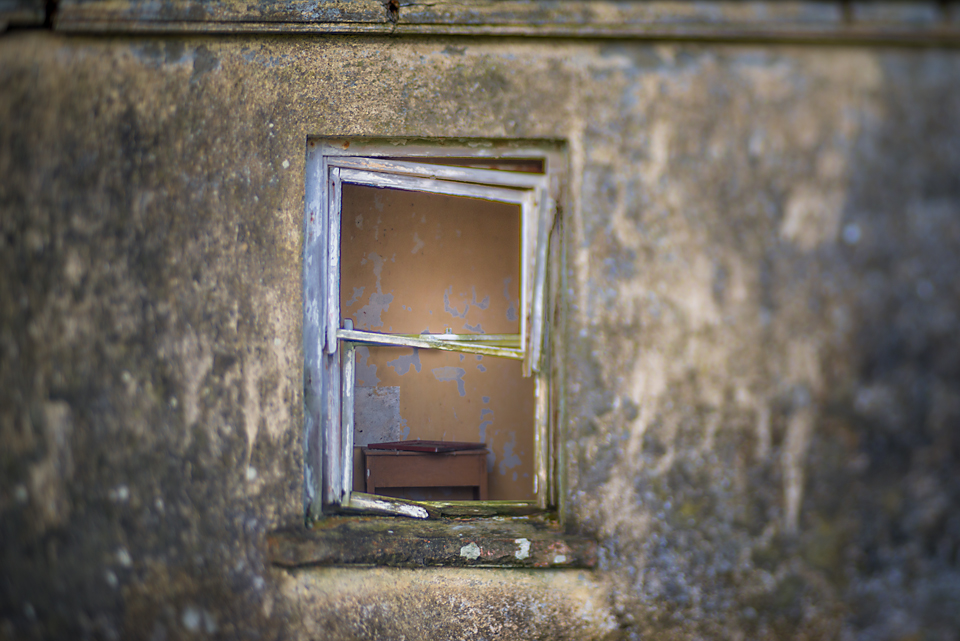 Shooting with the Lensbaby is a very enjoyable experience. I bought this lens thinking, “Oh wow, this is gonna give me some awesome blurry pics”. However, I made the rookie mistake of thinking that the lens – the equipment will do all the work. Because of the manual focus, it’s tricky and you do have to work a little harder to ensure sharpness is where you want it and blurriness is where you want it too.
After this shoot, I now realise that I haven’t yet got the best of out the Edge 80.

And that’s one of the reasons I joined with Janet and the rest of the Lensbaby Blog Circle – to get me out shooting with this lens so I can get better images from it. Do follow along and read the other post in the circle. Feel free to share or comment. Thanks for reading this far.