Photographers are always on the lookout for a photo. We survey the scene, constantly looking around us for that one person, that one situation, that one moment that makes us raise the camera to our eye and click the shutter button.

Generally, this method works, but often it’s all too easy to miss what is in front of you. And of course, by constantly being on the lookout for “the” shot, we are missing out on the enjoyment of the occasion. 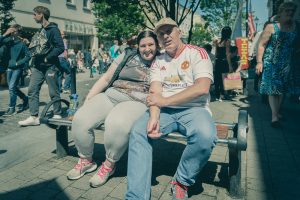 Sometimes, we just need to relax and shoot what we see. It doesn’t have to have gorgeous light, it doesn’t have to be awesome, it just has to be.
We need to trust that our mind’s eye will interpret the scene and justify the time we spent reading about photography, looking at photos, taking photos and learning the techniques.

Just like in previous years, there were thousands of people at the Ballina Heritage Festival in 2017 and as usual, we enjoyed a few hours strolling around – taking in the sights, sounds, smells and of course the coffee. You’ll know by now of my ongoing quest for a good coffee shop. 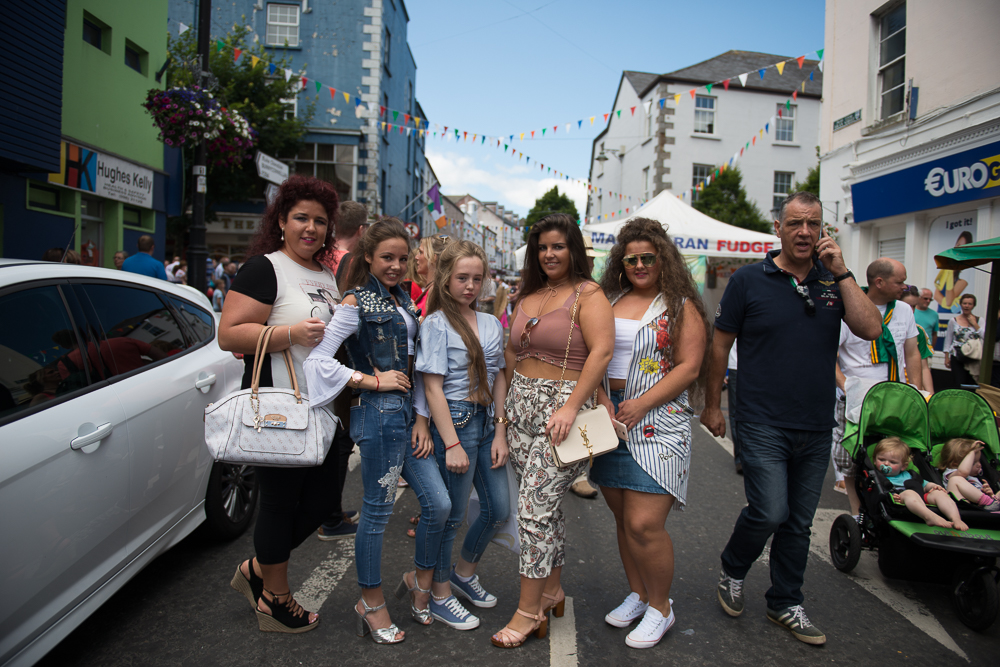 The festival is very popular with the traveling community and I believe they come from all over Ireland and the UK to visit. These girls were more than happy to pose and show off their style – usually bling, bags, and tan. Notice the pose – heel slightly off the ground, knees bent, hand on hip. 🙂
Some would say I should have waited for the man on the phone to move on, but I wanted him and the others in the shot – the streets were busy and I wanted to show this. 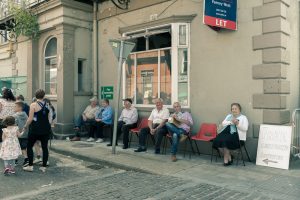 Except for one or two, all of the photos taken that day are observational. I pointed my camera and shot what I saw without thinking about it too much. They are mostly people photos because that’s what I’m drawn to and well, there were just so many of them there.

This scene caught my eye mostly because of the sign on the right. Juxtapositions are everywhere. Sometimes, your mind will see them before your eye. Shoot what you see.

When shooting in public, in a busy street like this, you’ll often get spotted. I think this often adds to the shot though as it forms a connection between the viewer and the scene. I’ve found that most of the time, people are happy for you to take their photo like this. But, you do need to respect their space too and if they are unhappy, it’s best to acknowledge this.

Below are a few casual more shots that I took that day. Again, they are just observational – people being people – doing ordinary, everyday things. I forget the setting used for these shots but I’d guess they were all shot using the same shutter speed, aperture, and ISO, and to be honest, it doesn’t really matter what setting was used. When you master the technical aspect of your camera, you are freed up to concentrate on composition and content. 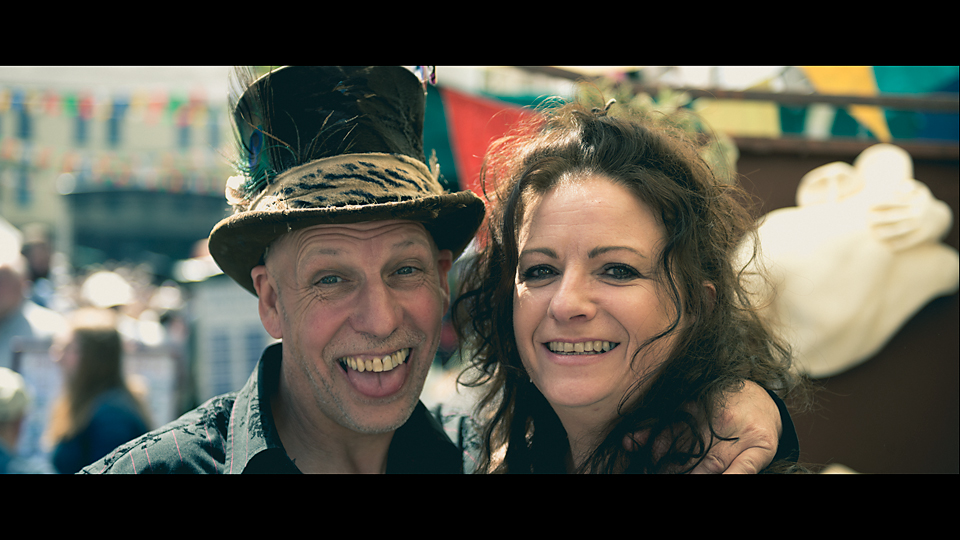 All the photos were quickly edited in Lightroom.  They are not overly processed. I used a style I often do – opened the shadows a little and applied a slight orange/teal split tone effect. On my workshops, I often bring along the MacBook and run through my workflow to give people an idea of what I do. End of self-promo. 🙂

Feel free to share or leave a comment with your own thoughts on street shooting. Thanks for reading this far.