The Big Yoke in Enniscrone

Continuing the great Irish tradition, we set off for a “Sunday spin” today. We decided to drive to Enniscrone in County Sligo to see “The Big Yoke”. By the way, that’s not us up there! 🙂

Unless you’ve been living under a rock for the last week or so, you’ll know that The Big Yoke is a decommissioned Boeing 767 bought by businessman David McGowan who plans to convert it into a glamping facility in the village. Glamping is a form of camping but with more glamorous accommodation.

And so it was that we ended up in a 100 mile long traffic jam as about 7,000 000 people from all over Ireland and beyond decided to go and see The Big Yoke for their Sunday spin too.

Security was super tight around the village and I’m pretty sure these guys were armed – they got very edgy when they saw my camera and I decided to move on quickly when I saw one of them reach inside his jacket. 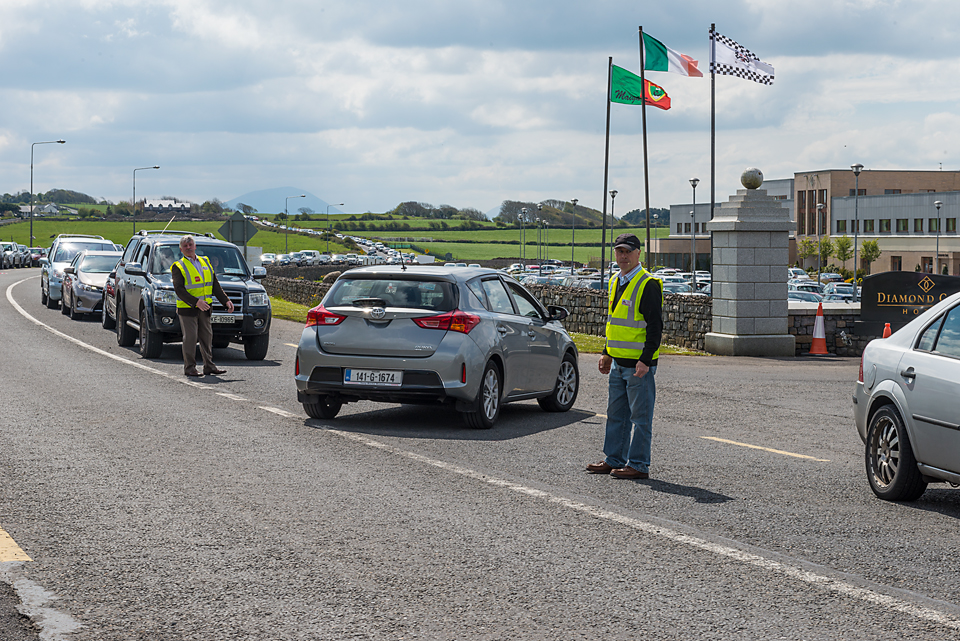 We were lucky enough to get parking within 20 miles of the site. It was outside a house and the lady said she was fine with us leaving the car there as long as we didn’t block the gateway because Pat was coming to look at some cattle. 🙂 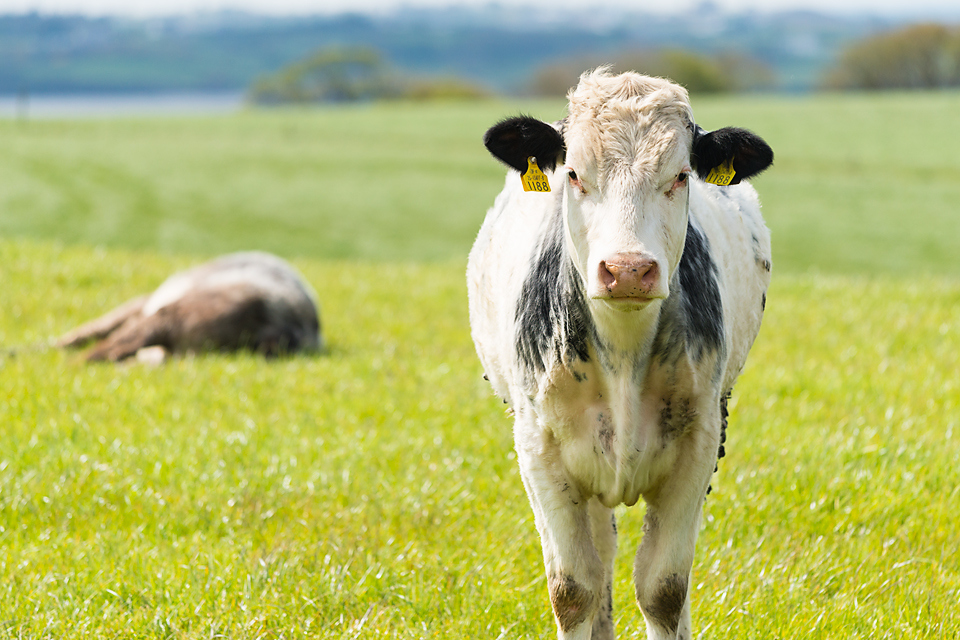 So we joined the procession of people on the “not too long” trek to pay homage at the site of The Big Yoke. It was easy to find as there is a very big yellow crane on site and like the Star of Bethlehem, it guided us all towards the hallowed ground. 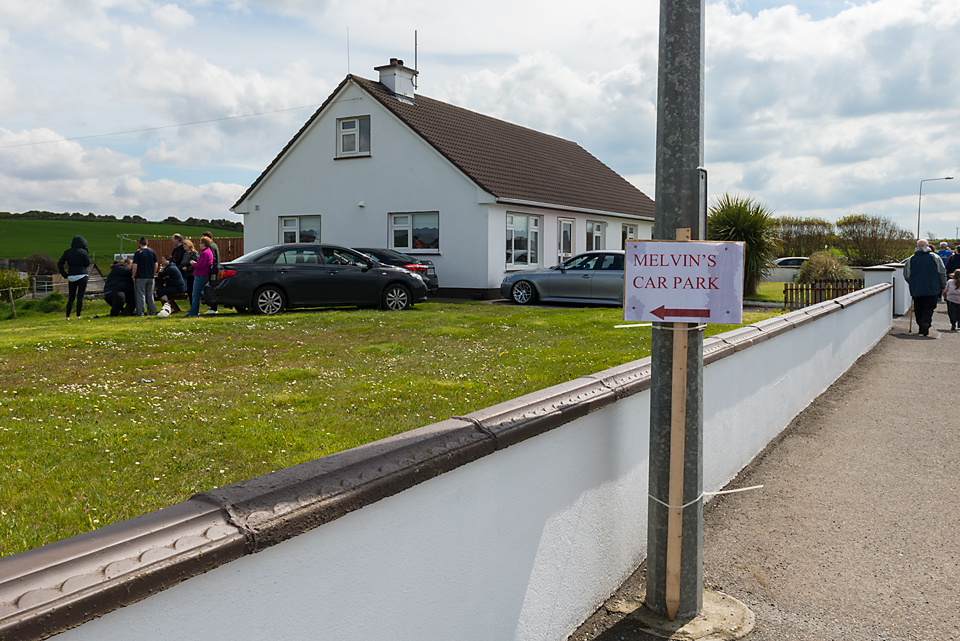 Temporary carparks had sprung up in fields, gardens and driveways. I spotted at least three. Anticipation was mounting as we neared the holy grail and we could see adoring crowds gathering on the hills surrounding it. Before long the wondrous sight appeared … behind someones garden.
I felt a lump in my throat. Note To Self – don’t eat peanuts whilst driving. 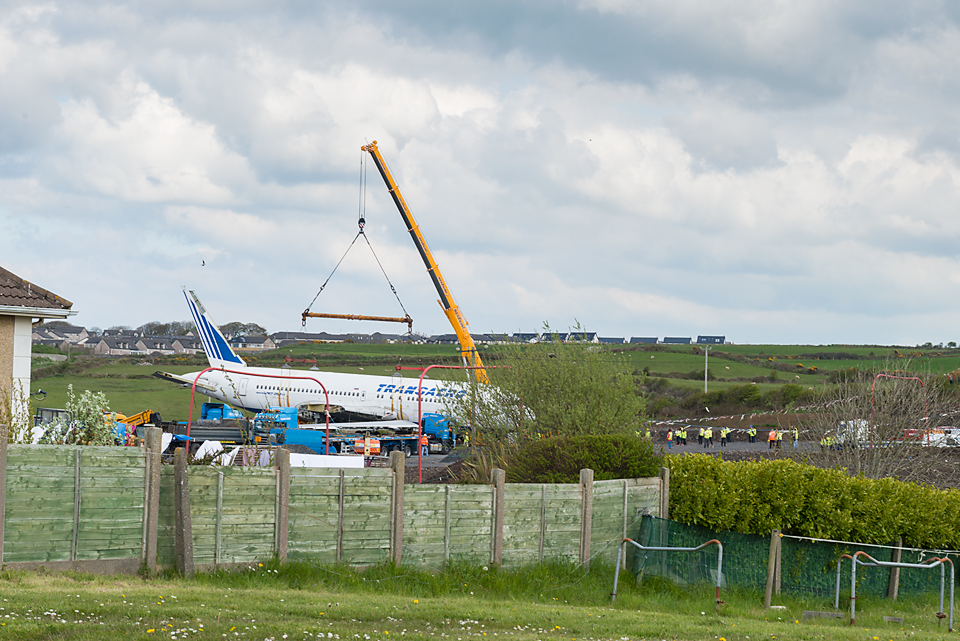 My reaction was like, “Ehhh okaaaay, it’s a plane in a field. Can we get a coffee? Maybe we can drive back to Ballina and get one there”. No, we’ve come this far so we may as well continue.
We walked on with the crowd of people towards the site. The 12 year old mumbled something – he does that a lot these days.

The crowd seemed to be gathering at various points around the site. We joined the congregation of worshippers on the main road. People scrambled to get to the best viewing points and the situation got pretty tense for a while. Luckily most of the dads managed to keep control and hoisted kids onto their shoulders or led them away from the main flashpoints. 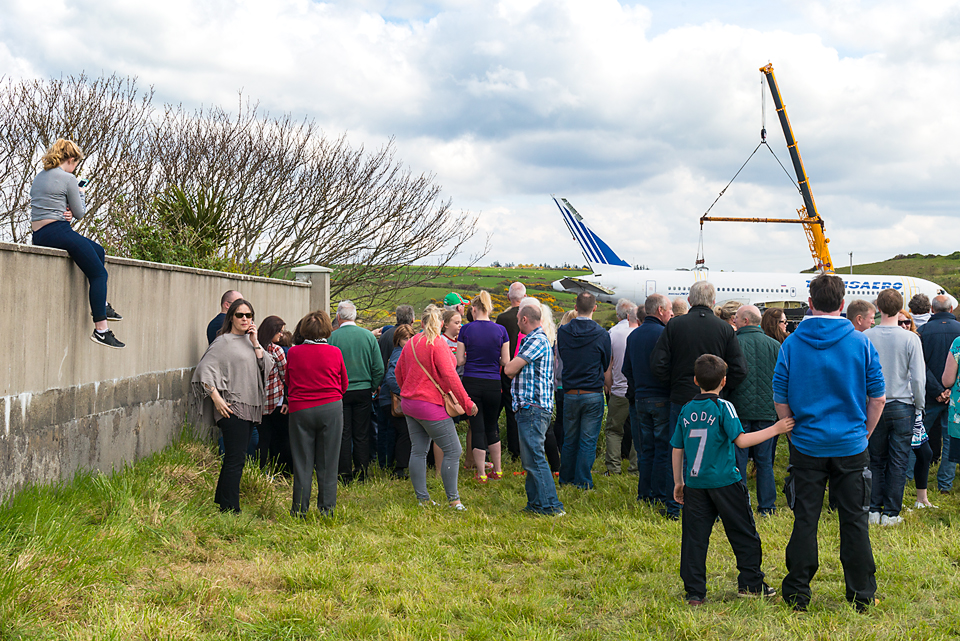 But generally, they were well behaved and many were happy just to capture the moment on mobile phones. They would have a record of this wondrous sight – at least until they traded their phones in at the end of their 12 month contract. 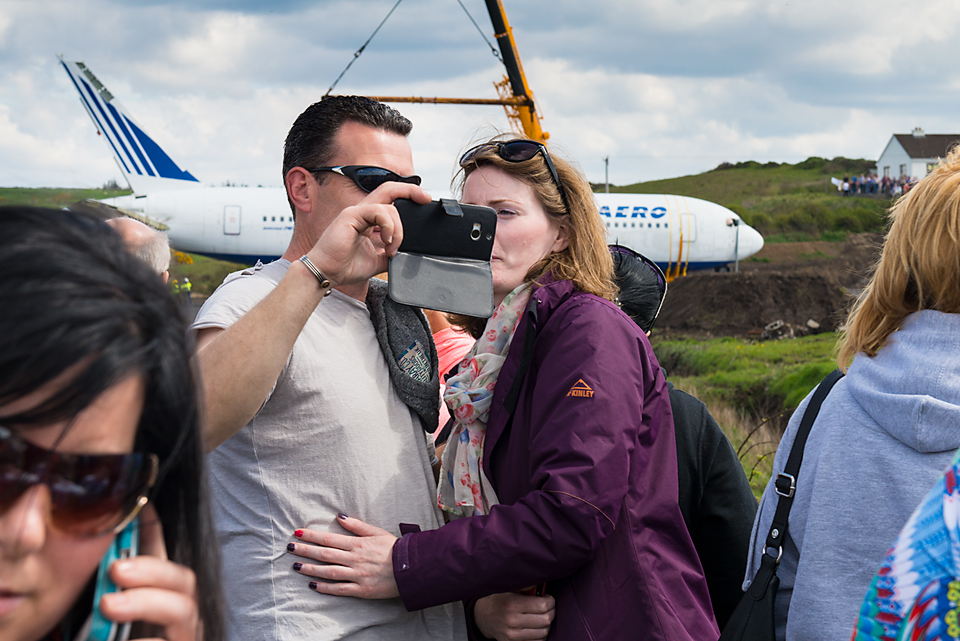 That’ll look good over the mantlepiece.

I’m not quite sure if the rumours of miraculous activity were entirely true but I did see one lady who appeared to have undergone some sort of reverse ageing process. 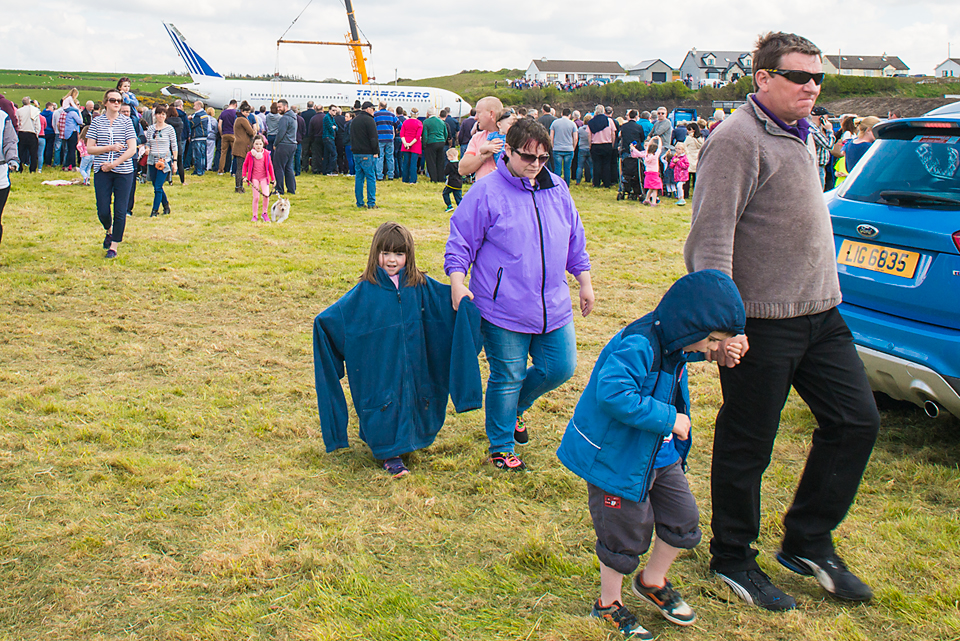 There was a sense that something big was going to happen and it could happen at any time. Only the most faithful were prepared for a long wait. We weren’t.

And still, they continued to take photos on their mobile phones. Photos that would languish on their phones until their contract ….. 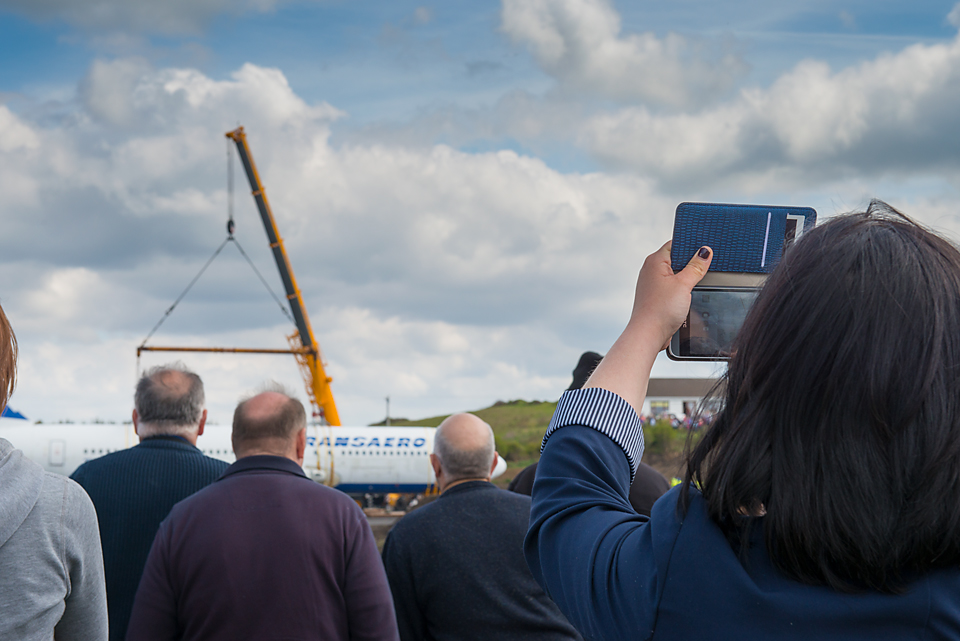 Some were clearly overcome by the enormity of the occasion and needed to lie down for a rest. Or perhaps, he was just another 12 year old mumbling something to himself! 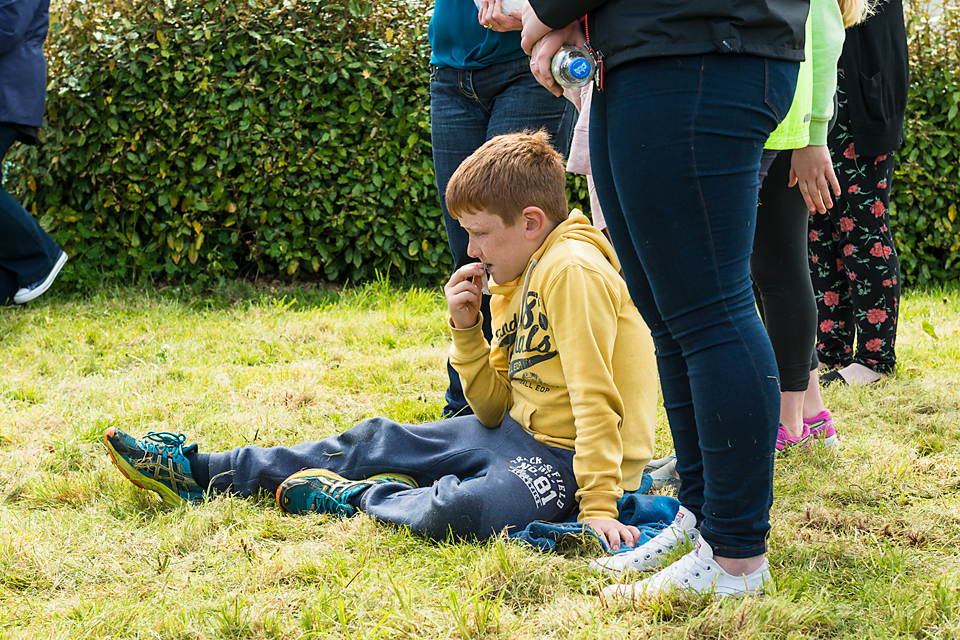 Plane spotters made regular inspections to make sure the plane was still there. Anytime I looked, it was. 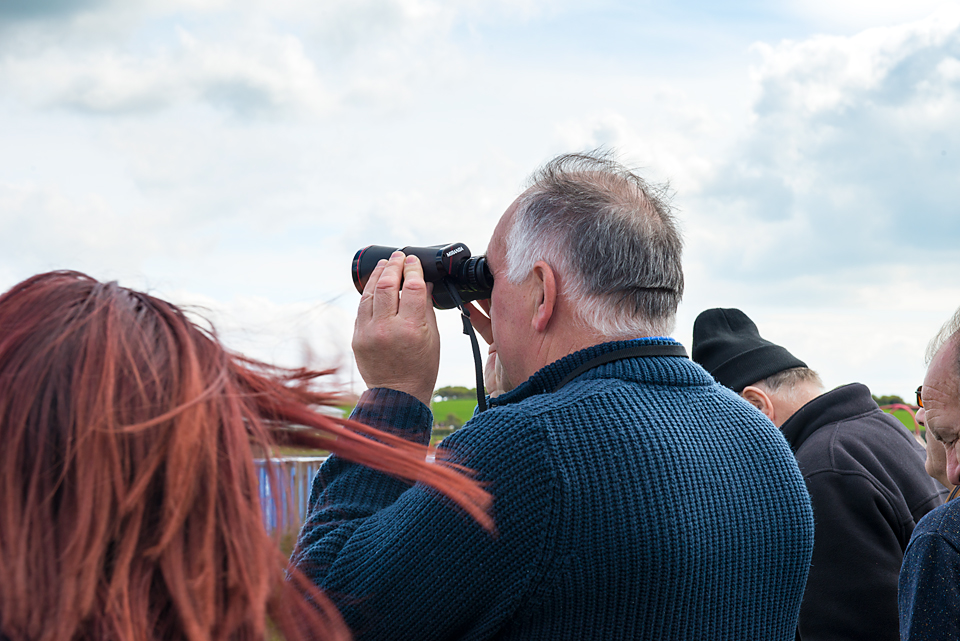 And still, they took photos – photos that would languish on their …. 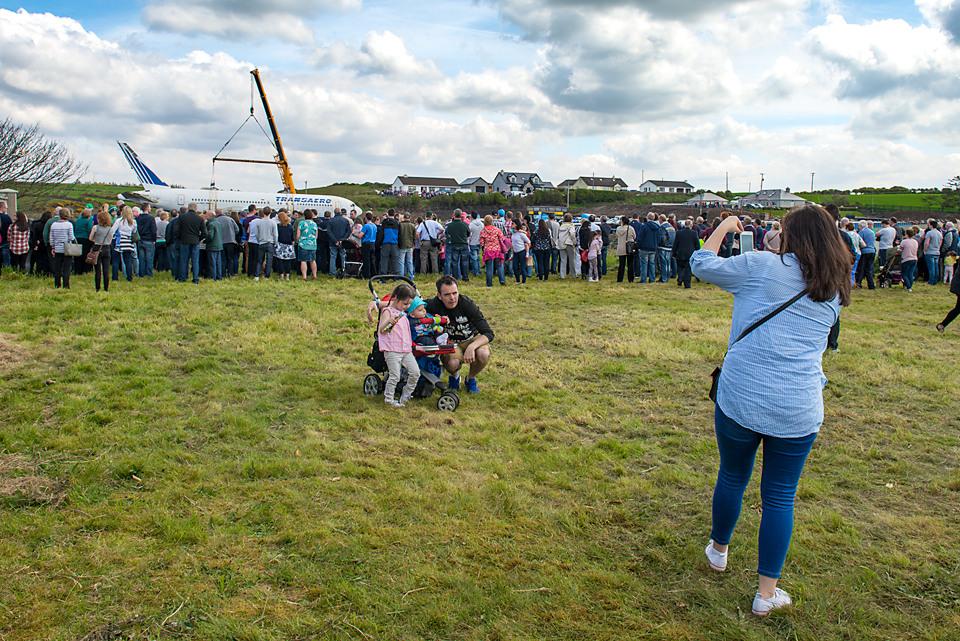 Security staff ensured none of the worshippers breached the defences or tried to get closer to the plane. I’m pretty sure I spotted a few marksmen dotted around the surrounding hills too in case anyone got too close. 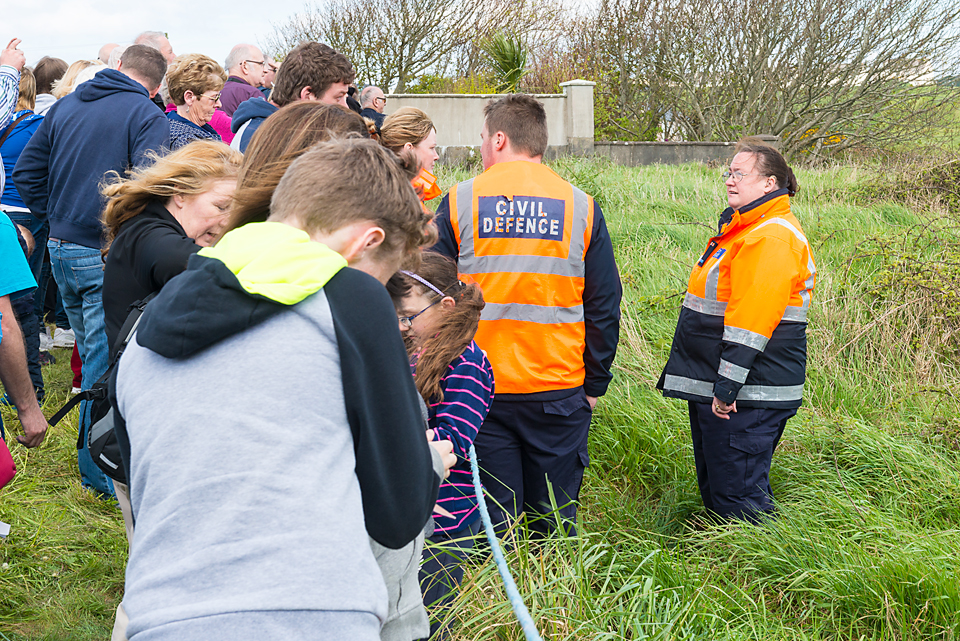 But seriously, at the end of the day, I’m hugely impressed by what David McGowan has done and I’ve no doubt it will be successful. It’s guys like this – guys that think outside the box that will drag this country forward.
Be sure to follow the adventure at their Facebook page. 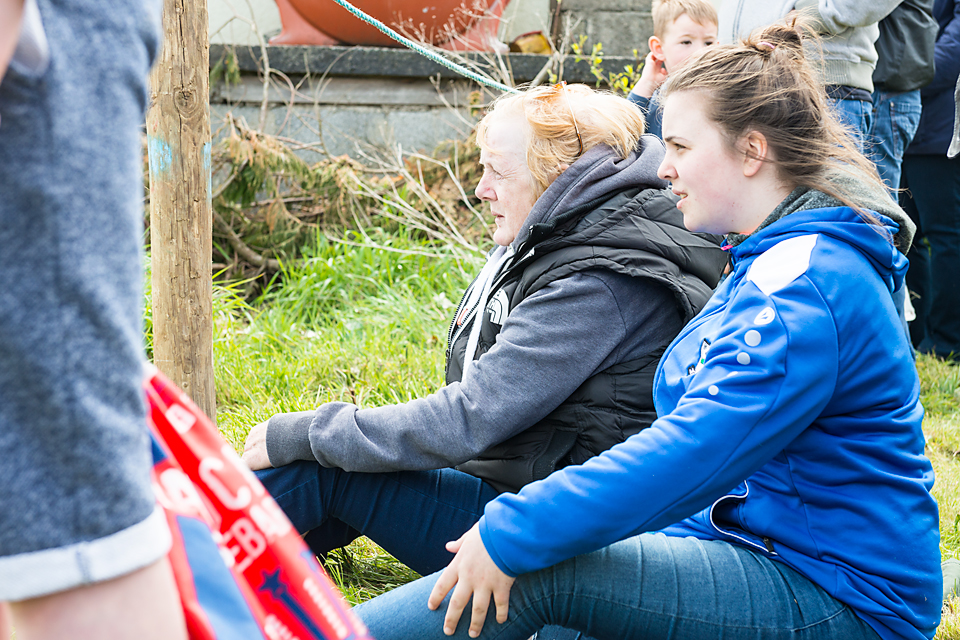 And so, we went back to Ballina for that coffee after all. The End. 🙂 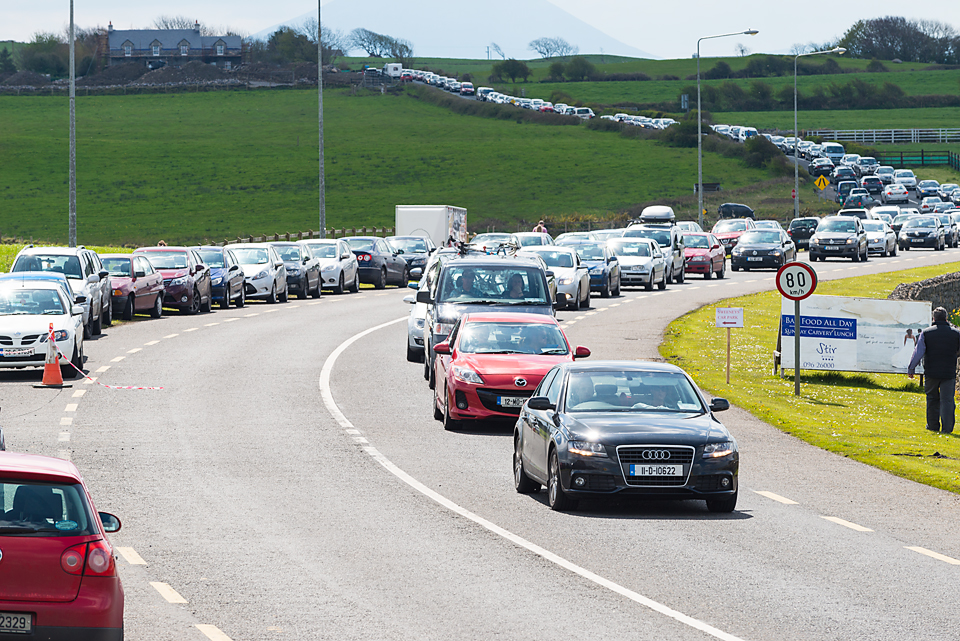