View from the West

I was down in Westport last year to shoot this house for Self Build and Improve your Home magazine. “When you find the perfect place to relax, it’s tempting to think about buying a holiday home”. This is just what this couple did when they found their perfect place in Co. Mayo.

The original house was a cottage that had been allowed to deteriorate. It was poorly laid out and finished to a mediocre standard, which led the new owners to consider knocking it down and building new. They didn’t and instead opted to renovate.

It was imperative that the house fitted in with the surrounding landscape and did not make a statement.

The bungalow faces south and there is a sun-trap outside what was the sitting room but the old house didn’t take advantage of this. A patio is there now with French windows and space to sit, relax and admire the views of Croagh Patrick. It also acts as a barrier to the wind.

There are three bedrooms, a kitchen, a sitting room and a dining room. A study was created upstairs in what was the attic. The bedroom windows and some of those at the rear reflect the vernacular style and are smaller than the ones they replaced. The gable wall was taken out to accommodate the new living room, creating an extension to the side of the house with a distinctly modern feel. 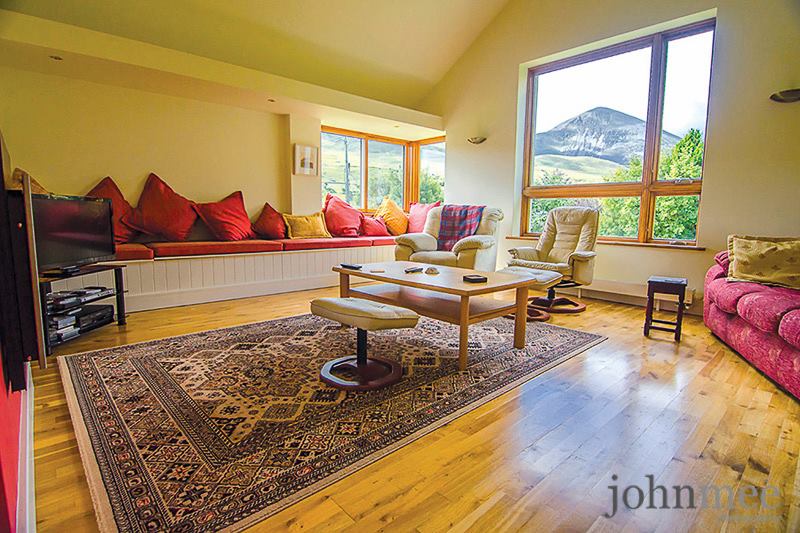 There is a big picture window in the sitting room which frames the mountain nearby. A window seat with scatter cushions and corner windows provide a relaxing chill-out space.

The kitchen has a double height ceiling in the adjoining dining area and hall to bring in light from the study in the attic, which is open plan. There is a great view from the large upstairs window looking out to the mountains and Clew Bay. The double height ceiling that was added near the bedrooms is lit by two skylights.

Throughout the house, there are lots of clean lines and lack of clutter. The colour scheme is mostly cream but with a red feature wall on the chimney breast, on one wall in the dining area and one wall in the hall. The bedrooms and the ensuite bathroom are light blues. The main bathroom which faces north is peach.

In the garden at the rear of the house is a studio. It consists of a single storey built by the previous owners. It has a studio/kitchen used by the owner for painting, and a partitioned off bedroom with a bathroom. The ceiling in the studio has two large skylight windows which transform it into a lovely light-filled space.
This area is divided from the entrance with glazed panels and white painted wooden boards. It gives it a seaside feel and also keeps the studio space warm.

The outer area has shelves to house art materials. The new floor is wood laminate and runs through the studio to the bedroom. As in the main house, the main colour is cream with white wood, ceiling, and beams.

The garden scheme is simple and ‘cottagey’ with Liscannor flagstones which were part of the original property. There is also a surrounding border of pebbles. In this location and with the stunning views of nearby Croagh Patrick, this house is an outstanding place to live. It was a privilege to visit and shoot it. 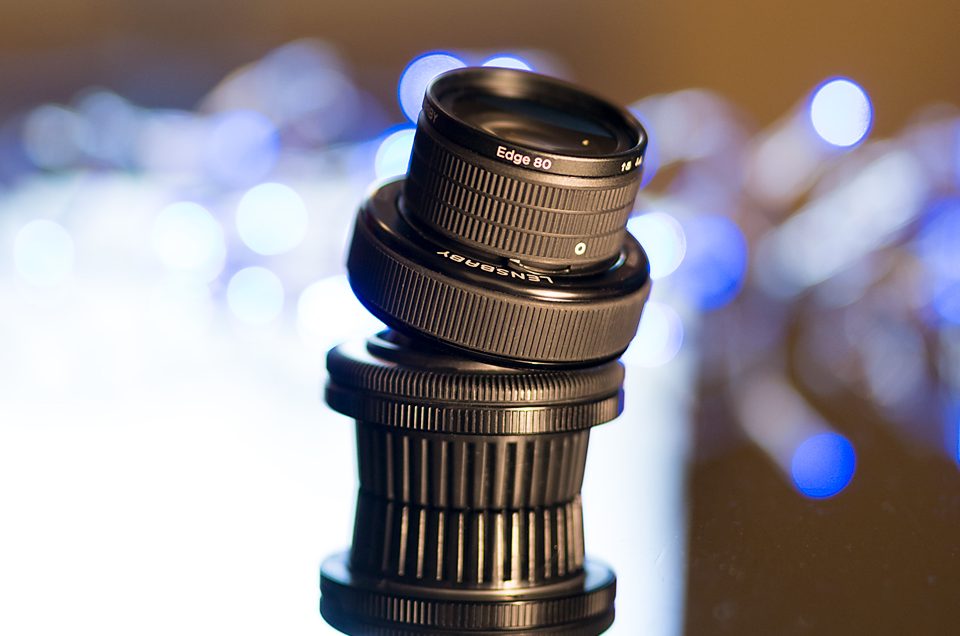 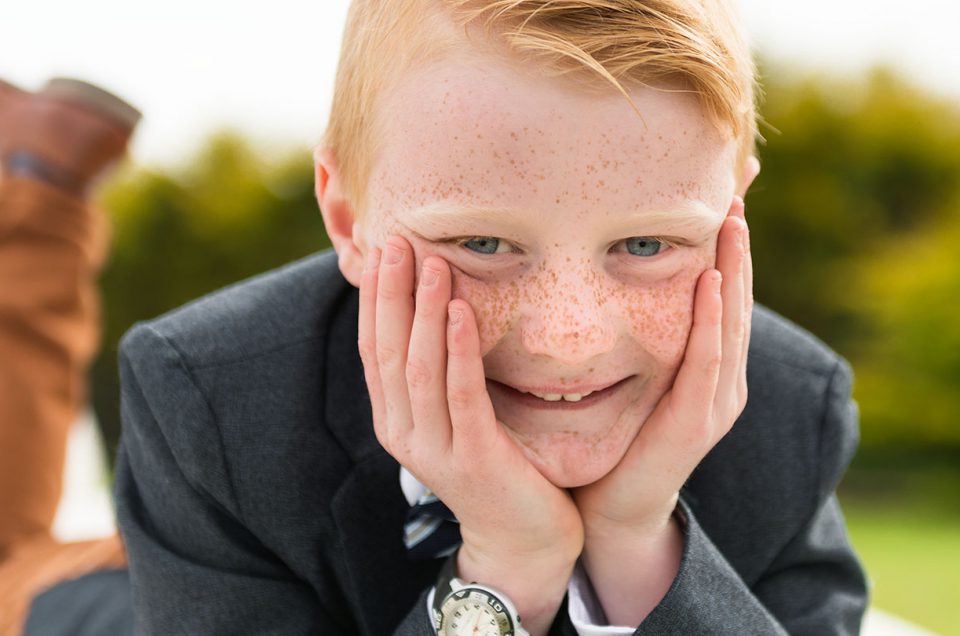 The Beauty of Family